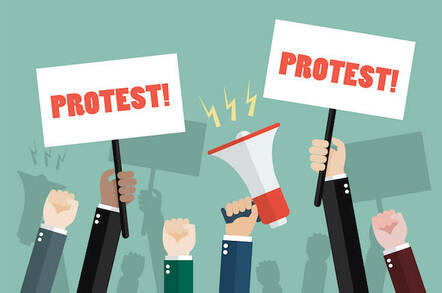 Facebook has been accused of violating users' human rights and failing to create adequate risk management structures in a heated exchange with stockholders yesterday.

Angry investors lined up to criticise the company – mired in scandal since the extent of data harvesting on the platform was revealed in April – at its annual general meeting.

"If privacy is a human right, as stated by Microsoft's CEO, then we contend that Facebook's poor stewardship of customer data is tantamount to a human rights violation," said Christine Jantz of Northstar Asset Management.

Jantz pointed out that stockholders didn't appreciate reading newspaper articles about 87 million users' data being improperly shared with political consultancies – and said that Facebook's stockholder voting structure had created an environment in which such a crisis could arise.

This is because, although Facebook boss Mark Zuckerberg does not hold a majority of company shares, the ones he does own are Class B shares, and hold 10 votes per share. The rest of these Class B shares are held by a small group of insiders, while outsiders can buy a separate class of shares, with one vote per share.

Effectively, this setup – which isn't uncommon in big corporations – means outside shareholders don't have the power to force change on the company if insiders don't want it.

It's a situation that stockholders have repeatedly tried to battle at previous Facebook AGMs, to no avail – but the tension at the latest meeting was palpable with one woman interrupting the opening to decry the voting structure, saying that "shareholder democracy is already lacking at Facebook".

The unequal voting structure means that not only do proposals put forward by stockholders have little chance of getting off the ground, board membership can be dictated by the higher-ups.

"Cambridge Analytica is an egregious example of when a board is formed by a CEO to meet his needs... rather than by truly independent directors," Jantz, who was arguing for voting reform, said.

She pointed out that it was "mathematically impossible for non-insider shareholders to vote down [board member Palantir founder Peter] Thiel's nomination".

Similarly, Jantz said that "even if every single outside shareholder" votes for a "vital" proposal on a risk oversight committee – put forward by another stockholder – "it will still fail if Mr Zuckerberg votes against it".

We are at a vital impasse for our company. We are faced right now for a situation for which Facebook clearly does not have the expertise to manage, yet if these crucial governance proposals fail, shareholders will have no assurance that management will be held accountable or that critical issues will be addressed.

Another stockholder, James McRitchie, suggested Zuckerberg should "send a clear message" by supporting a change in voting rules for the good of the company.

"Turning around corporate governance could dramatically enhance the reputation of the company and Mr Zuckerberg," he said.

"George Washington was encouraged to continue as president for life, but stepped down for the good of the country... Mr Zuckerberg could take a page out of history and emulate Washington, not Vladimir Putin."

Equally strong words came from Will Lana from Trillium Asset Management, pushing for a report discussing the merits of establishing a risk oversight board committee.

Lana argued that the firm's decision to "piggy back" risk oversight onto the audit committee meant it didn't see the big picture.

To emphasise his point, he asked why – if that committee does have the capacity to manage risk properly – is the list of controversies "so long and so serious". The proof of the current structure's inadequacy is on the front pages of the newspapers, he added.

"It's apparent to everyone that 2018 is a pivotal year for Facebook," he said, noting that considerable money and resources had been diverted to a litany of problems and calling for these reactive measures to be paired with proactive ones.

However, preliminary results from the meeting's vote saw all of the board nominations pushed through, while all the proposals put forward by stockholders – including a proposal for quantitative reports on equal pay – were voted down.

Despite facing tough questions from some stockholders, others thanked him and the firm for its work over the last few months, and the assembled group applauded his entrance and exit. ®