From Russia with(out) Zuck: Popular Facebook boss gets another invite to turn down

Russian Federation Council says CEO must have 'ideas to share' 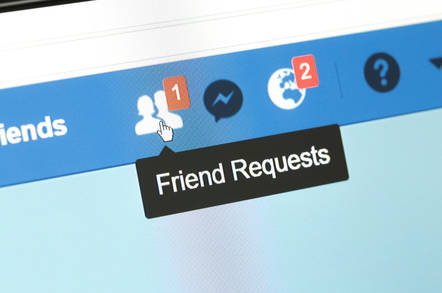 Facebook CEO Mark Zuckerberg is facing calls to appear in front of Russian lawmakers, who – clearly aware that the chances of him accepting are almost zero – insist the invitation alone is noteworthy.

The Facebook boss is the political witness du jour, with parliamentarians across the world clamouring for him to appear before committees of grandstanding lawmakers.

The latest nation seeking a guest appearance from Zuck is the upper house of the Russian parliament, the Federation Council, which state news agency TASS reported would like him to deliver a speech at an "expert hour" session.

"I am absolutely confident that this is a person who has ideas to share and who is looking to the future," said senator Anton Belyakov, who put forward the proposal.

However, apparently cognisant of the fact Zuckerberg is a hard man to pin down – the UK's digital committee is currently embroiled in a very public, and increasingly desperate bid of its own – the group was fairly relaxed about the result.

"I think that the proposal [to invite Mark] Zuckerberg [to a session] is noteworthy," said Federation Council speaker Valentina Matviyenko during a discussion on the plan.

"Whether he will be able to come or not is a secondary issue."

According to The Moscow Times, other senators said Zuckerberg shouldn't be invited by the parliament, arguing that he was "Russophobic" – but Matviyenko dismissed such concerns.

"Why shouldn't the Federation Council enter into dialogue and ask him about his Russophobic statements?" she is reported to have said.

Facebook did not immediately respond to a request to confirm whether Zuck would make a star turn in Moscow, but the likelihood of his jumping at the chance to be grilled by the lawmakers seems low.

But if his recent outing in the European Parliament proved anything, it's that if the terms are set in his favour, he may break cover beyond the US to trot out well-rehearsed party lines and divert attention to his "social mission".

Even when the assembled MEPs questioned the setup and asked Zuckerberg to hand in some homework, the data-hungry biz managed to avoid giving any real answers.

Next Monday, the European Parliament's civil liberties committee (LIBE) is to hold the first of its hearings on the Facebook data harvesting scandal – but the body has as yet failed to secure any current Facebook employees.

Meanwhile, Denham's peer in New Zealand is also getting in on the Facehate.

Reuters reported that privacy commissioner John Edwards is seeking new enforcement provisions that would allow him to take companies to court and seek fines, as part of a wider overhaul of privacy laws in the country.

Edwards, who is fighting to see Facebook bound by New Zealand law over a request from a citizen for access to data, told Reuters that he had issued Facebook with "a legally binding demand and they just ignored and thumbed their nose at it and refused to comply".

The nation has yet to open its own investigation into the Cambridge Analytica scandal, but has not ruled it out. ®