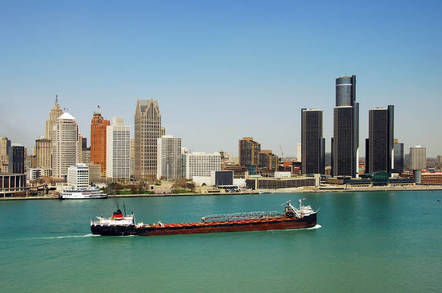 The owner of an IT supplier has admitted bunging a US city's tech boss cash bribes to bag lucrative service contracts worth millions of dollars.

Parimal Mehta yesterday pleaded guilty in an eastern Michigan district court to one count of federal program bribery. He confessed he paid Detroit's director of departmental technology services thousands of dollars to get the inside track on upcoming supply deals.

The director, Charles Dodd, was convicted in 2016 of taking almost $30,000 in payola during his time overseeing the famously hard-up city's IT services operation.

About $6,500 of that was paid by Mehta, who at the time owned and ran FutureNet Group Inc. The sweeteners, often handed out in restaurant bathrooms, allowed Mehta to get details on the city's IT budget and other inside info that would give FutureNet an advantage when bidding on service contracts.

As a result, FutureNet was able to secure about $7.5m worth of agreements with the city in 2015 and 2016, an admittedly handsome return on Mehta's $6,500 toilet bungs. He was also said to have curried Dodd's favor by giving him bottles of expensive cognac and providing jobs at FutureNet to three of Dodd's relatives.

"Detroit paid FutureNet up to approximately $94 per hour for the services of such contract employees, much of which was retained by FutureNet as profit."

Copping to a single bribery charge appears to be a good move for Mehta, who had faced 11 felony counts, including mail and wire fraud.

He will be sentenced on September 27. ®