Russian security house to stay locked out of Uncle Sam's networks, for now 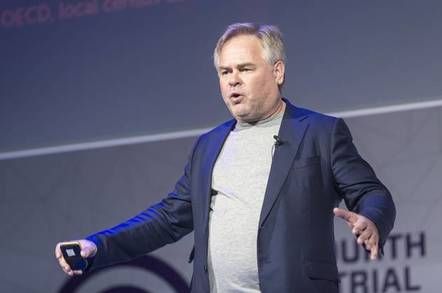 A US district court has upheld the American government's ban of Kaspersky Lab software from computers of federal agencies.

The Moscow-based Kaspersky saw its products blocked from US government use after it was implicated in a Russian government espionage operation that lifted top-secret NSA cyber-weapons from the Windows PC of a careless agency staffer.

Kaspersky had filed a pair of lawsuits to appeal the two government acts, arguing that both the NDAA and BOD 17-01 violated the due process clause of the Fifth Amendment. The government countered that neither act was unconstitutional, and lobbied the judge to dismiss the suits as unfounded.

On Wednesday, Judge Kollar-Kotelly did just that, summarily tossing both Kaspersky claims with a single ruling that Uncle Sam is well within its powers to bar agencies from using Kaspersky's products.

In the first part of her decision, Kollar-Kotelly ruled that the NDAA does not run afoul of the Fifth Amendment as it does not meet the definition of an unconstitutional "bill of attainder."

"The NDAA does not inflict 'punishment' on Kaspersky Lab," the judgment read.

"It eliminates a perceived risk to the Nation’s cybersecurity and, in so doing, has the secondary effect of foreclosing one small source of revenue for a large multinational corporation."

In the second part of her decision, Kollar-Kotelly went on to find that because the NDAA was upheld and will go into effect later this year, BOD 17-01 would not cause any additional damage to Kaspersky – as agencies aren't going to buy its products with another ban looming – so that appeal was dismissed as well.

"Under these circumstances, it is completely implausible that any government entity would purchase a Kaspersky Lab product before October 1st," the judge reasoned.

"Accordingly, the empty 'right' to sell to the federal government for the short period before October 1st that Plaintiffs could stand to gain from success in the BOD Lawsuit lacks any concrete value."

With its suits not about to be heard by the district court, Kaspersky said it will be taking its case to the court of appeals, seeking to have Kollar-Kotelly's ruling overturned so that it can get its day in court.

"We will vigorously pursue our appeal rights. Kaspersky Lab maintains that these actions were the product of unconstitutional agency and legislative processes and unfairly targeted the company without any meaningful fact finding," the vendor said in a statement on the ruling.

"Given the lack of evidence of wrongdoing by the company and the imputation of malicious cyber activity by nation-states to a private company, these decisions have broad implications for the global technology community." ®