Meet the real spin doctors: Scientists tell H2O to chill out so they can separate isomers

Water fun fact of the day! 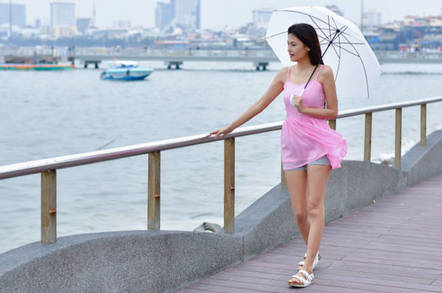 Boffins have, for the first time, managed to separate water into its two isomeric forms to test how they react to stuff, according to a paper published in Nature Communications on Tuesday.

You may or may not know that each water molecule exists in one of two slightly different structures: para-water and ortho-water. Both have two hydrogen atoms bonded to a single oxygen atom. In ortho-water, the nuclear spins of the hydrogen atoms, which point up or down, are aligned in the same direction. In para-water, however, the spins are in opposite direction to one another. In chemistry, these two forms are known as isomers.

A team led by Stefan Willitsch, coauthor of the aforementioned paper and a chemistry professor at the University of Basel in Switzerland, decided to investigate if the two types of water had different chemical properties.

In practice, to confirm the results of the simulations, it was quite tricky to split water into its isomers, as it involved chilling molecules down close to absolute zero (-273°C, -459.67°F). A beam of water molecules was first fired through an electrostatic deflector. A zap of up to 15kV across the deflector created an electric field that separated the molecules into para- and ortho-water.

The two orientations of the hydrogen spins caused the isomers to separate as they passed through the field. After separation, the water molecules were directed to a linear-quadrupole ion trap containing cooled N2H+ ions to react with. The result of these reactions were studied with a spectrometer to work out which isomer went where.

The paper did not disclose any practical use, if there are any, from separating para- and ortho-water, but did say it might help scientists study a "broad range of ion-neutral processes."

"The better one can control the states of the molecules involved in a chemical reaction, the better the underlying mechanisms and dynamics of a reaction can be investigated and understood,” Professor Willitsch said.

There have been previous attempts to separate para- and ortho-water – for example, as described here – however, according to the Swiss university: "For the first time, researchers have succeeded in separating the two forms to show that they can exhibit different chemical reactivities." Your fun chemistry fact of the day. ®