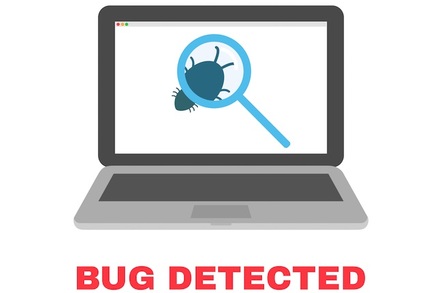 A new version of Git has been emitted to ward off attempts to exploit a potential arbitrary code execution vulnerability – which can be triggered by merely cloning a malicious repository.

The security hole, CVE-2018-11235, reported by Etienne Stalmans, stems from a flaw in Git whereby sub-module names supplied by the .gitmodules file are not properly validated when appended to $GIT_DIR/modules. Including "../" in a name could result in directory hopping. Post-checkout hooks could then be executed, potentially causing all manner of mayhem to ensue on the victim's system.

Another vulnerability, CVE-2018-11233, describes a flaw in the processing of pathnames in Git on NTFS-based systems, allowing the reading of memory contents.

In a change from normal programming, the vulnerability appears to be cross platform.

For its part, Microsoft has urged users to download 2.17.1 (2) of Git for Windows and has blocked the malicious repositories from being pushed to Visual Studio Team Services users. The software giant has also promised a hotfix will "shortly" be available for its popular Visual Studio 2017 platform.

Other vendors, such as Debian, have been updating their Linux and software distributions to include the patched code and recommend that users upgrade to thwart ne'er-do-wells seeking to exploit the vulnerability. ®

Security blanket for the paranoid among us (OK, all of us reading this)

Has Git ever driven you so mad you wanted to bomb it? Well, now you can with this tiny repo