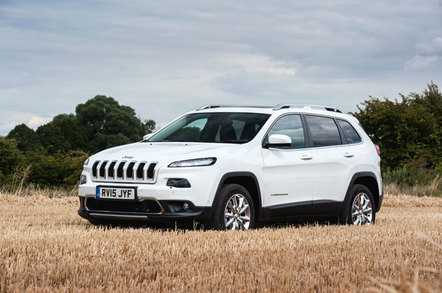 Fiat Chrysler America is recalling 4.8 million vehicles in the US to fix a software bug that could lock the vehicle's cruise control.

Until it's fixed, owners of some Ram pickups, Jeep SUVs, and other Chrysler and Dodge vehicles are being warned against using cruise control.

A driver who needs to stop the car should put it into Neutral and brake, and once they've stopped, putting the vehicle into Park will cancel cruise control.

“FCA US is unaware of any related injuries or accidents involving the affected vehicles, which span six model-years and account for more than 200 billion travel miles,” the announcement said.

A patch is ready, the company said, and it will soon start notifying customers to schedule dealer appointments.

It's the second software bug to hit FCA's tin in three years: in July 2015, hackers Charlie Miller and Chris Valasek revealed an over-the-air vulnerability that gave attackers access to engine management, braking, and the entertainment system.

Ford had its software recall moment in 2015, and in 2016, General Motors revealed that a software error left as many as 4.3 million vehicles with defective airbags. ®