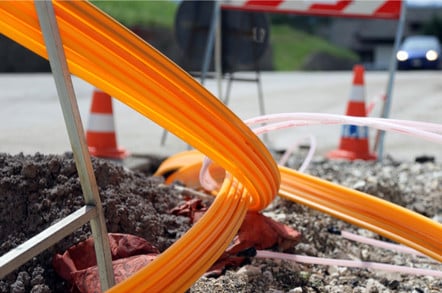 Beleaguered telco TalkTalk has swung to a net loss of £79m in preliminary results for fiscal '18 ended 31 March, and is preparing to saw off its B2B division in a planned £175m sale to Daisy Group.

The loss was attributed to the costs of implementing a £119m turnaround and restructure plan that included ditching its MVNO business, leaving TalkTalk to concentrate on selling broadband services.

The top line number for TalkTalk - sales - dropped 4 per cent to £1.7bn for the year. It reported an operting profit of £91m versus £224m in the prior year but the aforementioned expenses, along with finance costs and tax put the company into the red, compared to a £58m profit in fiscal '17.

Dido queen of carnage steps down from TalkTalk

As part of the B2B sale, TalkTalk will transfer 80,000 business customers to Daisy, which will remain on its network via a wholesale agreement. Daisy Group is itself reportedly up for sale for £1bn.

The restructuring plans at Talk Talk also saw the return of founder Charles Dunstone as chair, after blundering chief exec Dido Harding resigned following her seven-year tenure at the firm, including overseeing the catastrophic cyber-attack in 2015, in which nearly 157,000 users' financial details were divulged.

Tristia Harrison, TalkTalk CEO, said the firm had increased its number of customers by 192,000 for the year, with total customer headcount reaching 4.1 million.

She said the organisation had made "real progress in simplifying the business" to focus on core, fixed connectivity.

There's still something of a contradiction between wanting to be the lower cost / value brand and investing in a product which we already know is harder to convince customers to upgrade to and pay more for...

“As expected, our decision to invest in growth has come with short-term implications for EBITDA, but positions us well for FY19, where the benefits of a bigger base, regulatory tailwinds and ongoing cost reduction mean we remain on track for EBITDA* improvement of 15 per cent (before Daisy) and Headline revenue growth."

Earlier this year, TalkTalk said it will spend £1.5bn alongside investment company Infracapital, on a full fibre network intended to bring speeds of 1Gbps to three million premises in the UK via an independent company.

Matt Howett, analyst at Assembly, said there were some early signs that a turnaround was under way, with the firm shifting its focus consumers.

"But it's too early to say whether this will bear fruit. There's still something of a contradiction between wanting to be the lower cost / value brand and investing in a product which we already know is harder to convince customers to upgrade to and pay more for."

Despite its best efforts to focus on broadband, TalkTalk remains the most moaned-about ISP in the UK in consecutive complaints data released by regulator Ofcom. ®

* For the purposes of clarity, EBITDA was £233m compared to £361m in the prior year but El Reg generally shies away from reporting EBITDA because it does not entirely factor in all the costs a business accounts for.