UK's spy auditor: What should we ask when reviewing super-slurp warrants? 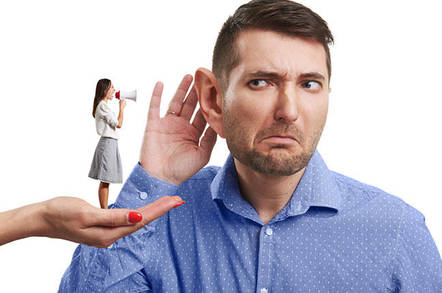 The body formed to audit Britain's spies has asked non-government bods what its team of judicial commissioners should consider when handing out warrants for bulk data-slurping.

The Investigatory Powers Commissioner's Office (IPCO) – put together last year to consolidate the power of three separate commissioners – is tasked with overseeing the UK's spy agencies.

A crucial part of its work is as part of the "double lock" mechanism introduced by the government in a bid to boost independent oversight and control over the intrusive powers granted to the government under the so-called Snoopers' Charter.

This will see 15 working and retired judges act as judicial commissioners, checking and countersigning warrants for the interception of communications, retention of data and examination of information. Previously, politicians had sole say over these warrants.

The new warrant regime is due to commence this year, and IPCO is ramping up its activity ahead of that – something it aims to do with greater transparency than previous commissioners.

For instance, earlier this year it published the advisory notice that the judicial commissioners will use as a guide when they are deciding whether to approve the requested snooping warrants.

It has now opened up the discussion to non-government organisations, writing to a set of groups to ask what they would like to see the judges consider when assessing warrants.

Yesterday we wrote to a number of NGOs requesting their views on the key questions our judges should ask when considering bulk warrant applications. A version of this letter is on our website: https://t.co/mxU1hzUmWm We welcome responses from any interested party.

"We have decided that it would be valuable to understand the views of those outside of government and the agencies as to how the Judicial Commissioners should approach the issue of proportionality when considering these applications," IPCO wrote in the letter (PDF).

It asks two general questions about the regime, the first being what factors the commissioners should take into account when considering whether the conduct proposed in a bulk warrant is proportionate.

The second is to ask what approach groups think the commissioners should take to evaluate those factors, particularly given that some of them are likely to be competing.

A further, specific question is posed, which relates to Section 2 of the Investigatory Powers Act.

This sets out the duties public authorities have to give regard to when issuing warrants, including a requirement that bodies wishing to issue a warrant must consider whether they could achieve the same end with less intrusive means.

"We are especially interested in views regarding the requirement for a public authority to consider 'any other aspects of the public interest in the protection of privacy', as contained in s.2(2)(d) of the Act," IPCO said.

Responses to today's request for comment on bulk data warrants are due by 13 June.

In the meantime, the commissioner, Adrian Fulford, has said that IPCO will begin considering the first applications for national and technical capability notices over the next few weeks.

These notices are issued to telcos to tell them to install or provide facilities that would allow them to then comply with an interception warrant if they received one.

Fulford wrote on the IPCO website that the work to date had been a "strenuous, intense and fascinating exercise, full of unexpected hurdles and unusual challenges", adding that he would issue further updates on how the regime is unfolding.

"Disguised elephant traps may yet await us, but we have done all we can to anticipate problems and we are acutely conscious that we must not succumb to the dangers of complacency," he said. ®