Samsung loses (again) to Apple in patent battle (again). This time to the tune of a mere $539m 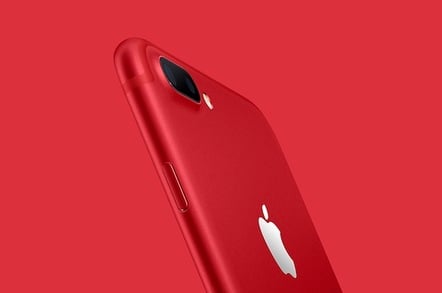 A US court has yet again ruled that Samsung copied Apple's smartphone design patents, and this time the Korean electronics giant is on the hook for $539m.

A jury in a northern California US district court needed five days to decide that Samsung's phone division really did rip off Apple's patented designs. It's the latest twist in what has become a marathon seven-year saga over allegations that Samsung's ancient Android handsets use design elements stolen from the Cupertino iPhone flinger.

"We're grateful to the jury for their service and pleased they agree that Samsung should pay for copying our products," Apple said in a statement issued shortly after the verdict came in today.

"We believe deeply in the value of design, and our teams work tirelessly to create innovative products that delight our customers. This case has always been about more than money. Apple ignited the smartphone revolution with iPhone and it is a fact that Samsung blatantly copied our design. It is important that we continue to protect the hard work and innovation of so many people at Apple."

The case began in 2011 as part of the Apple legal offensive against Android vendors that cofounder Steve Jobs once referred to as "thermonuclear war". Jobs died less than six months after the complaint was filed.

The patent battle would eventually progress from Koh's Cali district court to the Court of Appeals and even to the US Supreme Court in 2016. The case then made its way back down the ranks to Koh's courtroom, where the judge decided last year to hold a retrial to figure out a new bill of damages in the case.

At issue were jury decisions made at the end of an early round of hearings, which Koh said "did not accurately reflect the law." A new jury was instructed to recalculate the damages in the case based on a different set of instructions.

Not surprisingly, Samsung was less than thrilled with the latest outcome of the case, and indicated that, even after seven years, we may not have seen the last of the legal wrangling in this case.

"Today’s decision flies in the face of a unanimous Supreme Court ruling in favor of Samsung on the scope of design patent damages," Samsung said in its statement on the matter.

"We will consider all options to obtain an outcome that does not hinder creativity and fair competition for all companies and consumers." ®