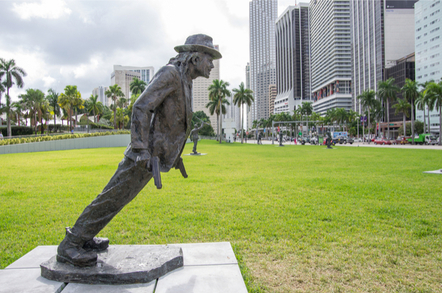 New research from India into Michael Jackson's Smooth Criminal tilt has concluded that, yes, it is physically impossible and dancers should really stop trying to recreate it because Achilles tendon and spinal injuries are not fun.

The paper, "How did Michael Jackson challenge our understanding of spine biomechanics?" published yesterday in the Journal of Neurosurgery focused on the 45˚ tilt achieved by the singer while keeping his spine straight with only his feet stopping him toppling to the ground in a manner unbecoming to self-proclaimed pop royalty.

Suspicions that the move – as seen in the 1988 Smooth Criminal music video – was only possible using camera tricks and special effects were dismissed when the tilt was performed on stage in a number of live concerts. If you need to be reminded of the lean, see the video below...

With trained dancers unable to get beyond a 30˚ lean unassisted, and Jackson fans (including the authors of the paper) trying and failing – sometimes catastrophically – to achieve the 45˚ tilt, researchers have confirmed it was all a trick.

The illusion was created by a hitch emerging through the stage at exactly the right time, allowing Jackson to slot the heel of a specially designed shoe into it and then lean forwards in a visually impossible manner.

That it was all a trick is of little surprise to anyone armed with a search engine. A US patent for the mechanism replete with spoilery diagrams was registered in 1992, listing Jackson (among others) as the inventor.

However, the researchers at the Department of Neurosurgery of Postgraduate Institute of Medical Education and Research in Chandigarh reckon moves inspired by Jackson are changing the medical profession’s understanding of the modes and mechanisms of spinal injury.

With modern dancers performing acrobatics and stretching themselves into positions that would make even the most dedicated player of Twister say "steady on, people", neurosurgeons will be challenged by new and exciting injuries. "Stresses on the spinal column experienced by dancers of those styles [hip-hop and offshoot b-boying/b-girling] are very high and frankly a bit odd."

Implants will also likely need strengthening if dancers are to continue flinging themselves around the dance-floor post-surgery.

The self-proclaimed fans of Jackson concluded the research with "While many new questions need answering, what is certain is that all this is owed to the ever-fresh inventiveness and style of “The King of Pop." ®

What you need is a switched 'Spline', says Cisco-irritator

Bad back? Show some spine and stop popping paracetamol

NHS tears out its Oracle Spine in favour of open source

Health authority parachutes in Riak, Redis to save on dosh & screwups

NHS grows a NoSQL backbone and rips out its Oracle Spine

Better at keeping dust out, though durability still a concern