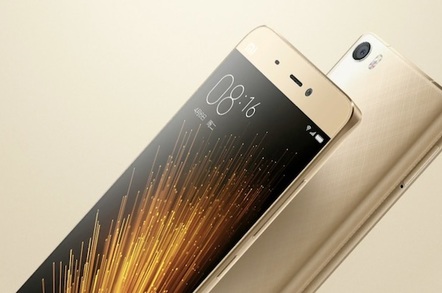 Analysis Xiaomi's entry into Europe is as feared as it is anticipated. With its vow to keep profit margins on hardware below 5 per cent and make the rest up on services, er, somehow, the Chinese firm threatens a consumer electronics price war that goes way beyond phones. But it might be harder than pundits think.

Xiaomi was described as "the next Samsung" or even "the next Apple" a few years ago.

After Xiaomi diversified into making TVs, a fitness band and an air purifier, the press corps went into overdrive. In 2014, its valuation exceeded $40bn. But in 2016 its phone sales plunged, pushing the company from first to fifth place among China's smartphone makers. A full 94 per cent of Xiaomi's revenue in 2016 was still generated by phones, and sales of phones dived – by a staggering 38 per cent.

That only temporarily arrested the hype. Earlier this year Xiaomi filed for an IPO with a valuation even more inflated than before – around $100bn.

In addition, it has found a credible channel. CK Hutchison, owner of the Three networks in Europe (and much else), promised to start selling Xiaomi consumer goods in Three stores.

"The deal provides it with a new level of sovereignty," noted analysts CCS Insight. "This recognition by a major global operator group will give it exposure to tens of millions of subscribers in many leading European markets."

Even with enviable advantages of scale, CCS Insight's Ben Wood has said Xiaomi faces an uphill battle in Britain.

"It's doubly hard in the UK; the market is going backwards," he said. Sales in the country fell 14 per cent year on year, the analyst said. Canalys reckons that figure is as high as 29 per cent.

"It's going backwards and eroded by a growing number of second-hand phones and SIM-only deals," continued Wood. "The UK is not a growth market – it's almost becoming a vanity market. Companies like the idea of being successful in the UK, it's considered to be one of the steps to success. But the British are brand-conservative – Sony did surprisingly well here in Q1. So it's not surprising that Xiaomi's big first move is in Spain and in southern Europe, where people are less concerned about brand."

He said Xiaomi couldn't just roll up and flash some good value phones about. Nor can OnePlus ("the pop brand of the BKK empire"), for that matter.

The context is an impending bloodbath of phone brands, in which the survivors other than Apple or Samsung will be those with huge efficiencies or those willing to make no money, or next to no money, on their goods. Huawei's Honor group president George Zhou referred to the former in a press conference last Tuesday. The first question was about new competition from Xiaomi in Europe. "Our efficiency is more than double other brands. Efficiency means we can cut costs," he said.

"Think back a few years when a company called Lucky Goldstar and one called Samsung sold cheap microwaves in Comet. They then went on a 10-year journey to persuade consumers they make great products. Huawei are on that journey now," Wood noted.

It has been hard work for Huawei, an "overnight success" that's taken a few years to create, carefully building its brand and credibility. In the end it had to spend big. Success in phones here isn't something you can do on the cheap.

"It's remarkable how passionate reps have become about Huawei in the Three and Vodafone stores – they're actively selling the P20s against the iPhone."

Not everyone thinks Xiaomi's IPO will change the dynamic, or that the valuation is realistic.

Edison Investment's Richard Windsor said he wouldn't buy at anything valuing Xiaomi over $20bn because the services and software story doesn't add up: his valuation is $33.3bn. He said that if the company sticks to its vow never to make more than 5 per cent net margin on hardware, most of its valuation has to be met by software and services revenue. Xiaomi's web services and ad business generated 9.9 billion yuan ($1.6bn) – albeit at a 60 per cent gross profit margin – last year.

Tech gurus who had predicted it was "much more than a phone company" looked very silly after the firm's performance in 2016.

The risk for Xiaomi is that Wall Street expects more than it can deliver, so the promise to stick to razor-thin margins may just go out the window. OnePlus gradually increased its prices every year.

Wood doesn't think that 5 per cent net is irrational, though.

"We looked at that 5 per cent slightly differently. If that promise had been made three years go, you'd say that's leaving money on the table. But now that's a realistic reflection of the margins people are making on smartphones. Xiaomi are playing the scale game and they're number 4 worldwide."

We'll see if a price war begins once Xiaomi flexes its muscles. Unless the underpants gnomes can generate some miracle cash, Wall Street may not let it stay cheap forever. ®

For those unfamiliar with the South Park episode, the gnomes' plan went like this. Step 1: Collect underpants. Step 2: ? Step 3: Profit.