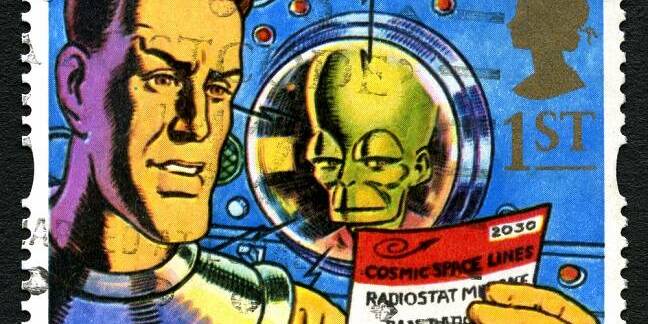 The Royal Air Force (RAF) is to take on command and control of UK military space operations, including a possible UK-based alternative to the EU's Galileo satellite constellation.

The Defence Space Strategy (DSS), which remains somewhat light on detail until it is published in full over the summer, will bump numbers working in the defence space sector from 500 to 600 over five years and draw up plans for dealing with space-based threats such as the jamming of broadcast satellites.

As is now compulsory for any announcement containing the words "UK" and "space", the controversy around the EU's Galileo got a mention. The newly embiggened RAF Air Command is expected to assess the contribution the UK is making to programme and come up with requirements for a UK specific incarnation.

Britain is a world leader in the space industry and our defence scientists and military personnel have played a central role in the development of the EU's Galileo satellite programme alongside British companies, so it is important we also review our contribution and how we plan for alternative systems in this crucial area.

Unfortunately, there are no details as to what funding will be provided to the RAF, nor if personnel will be offered shiny Dan Dare* uniforms. With large sections of the UK administration looking back at the 1950s fondly, a bit of retro-chic could well make an appearance.

The sabre-rattling continued in a statement from the Ministry of Defence (MoD) with a pointed reference to the ground-based infrastructure being provided by the UK. The sites in the Falklands and Ascension Islands could well be snatched back by the UK if the EU does not share its space-based toys.

The DSS gives a hint as to how the UK might develop a homegrown Galileo, pointing at NATO and the Five Eyes as allies to be partnered with. Air Chief Marshall Sir Stephen Hiller said: "It is essential that we work jointly across Defence and with partners cross Government and internationally."

Five Eyes is an intelligence and surveillance-sharing alliance between the UK, US, Canada, Australia and New Zealand. With Australia announcing the formation of the Australian Space Agency (ASA) as part of the 2018-19 budget on 8 May, the UK will see potential for partnerships.

The ASA's budget, at A$26m over four years, will not scratch the surface of what is needed to fund a constellation to rival Galileo, or the US or Russian equivalents. However, making friends outside the EU club as the UK prepares to go it alone on the satellite front will reassure jumpy politicos. ®

Dan Dare first made an appearance in the Eagle comic of 1950 as a kind of Biggles In Space. His nemesis was the Mekon, who, apart from being green, bears a distinct similarity to a number of UK politicians as well as being the architect of innumerable grandiose schemes (all of which failed).

Brit defense contractor hacked, up to 100,000 past and present employees' details siphoned off – report

Outsourcer Interserve holds a number of UK defense contracts, among others