Privacy International gets another shot at shadowy Investigatory Powers Tribunal 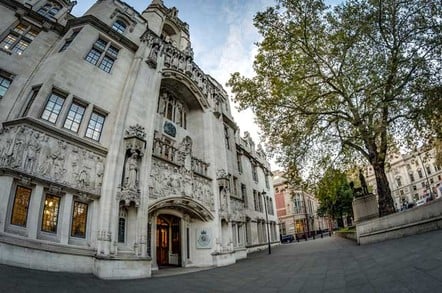 Privacy International's years-long challenge against UK government hacking is headed to the nation's final court of appeal at the end of the year.

The case, part of the privacy activists' ongoing legal battles over the UK's spy agencies' activities, focuses on the government's use of general warrants to hack computers and devices inside and outside Blighty.

The fight kicked off in 2014, when Privacy International issued a legal complaint to Britain's spying oversight court, the Investigatory Powers Tribunal, alleging the campaign group was hacked by GCHQ.

Two years later, the IPT ruled that Brit snoops could lawfully hack into devices, and that the surveillance agency can hack using "thematic warrants", which cover broad classes of people, property or conduct – so one warrant could be handed to the spy agencies to cover "all mobile phones in London," for instance.

Privacy International then sought a judicial review to challenge the tribunal's decision on general warrants – but the government argued that decisions of the IPT are not amenable to judicial review, citing Section 67(8) of Regulation of Investigatory Powers Act (as was in force at that time), which reads:

Except to such extent as the Secretary of State may by order otherwise provide, determinations, awards, orders and other decisions of the Tribunal (including decisions as to whether they have jurisdiction) shall not be subject to appeal or be liable to be questioned in any court.

Privacy International countered that this section should be read in restricted terms, arguing parliament could not have intended it to be read as excluding all resource to judicial review – an argument rejected by the High Court in February 2017, and then the Court of Appeal six months later.

However, the group has been offered another chance to argue the case, with the Supreme Court agreeing to hear them out at the start of December.

Scarlet Kim, legal officer at Privacy International, welcomed the decision, saying that it was crucial that the IPT's decisions were not out of scope of judicial review – in other words, judges should be able to probe the IPT's rulings.

Rather than debate the necessity and proportionality of the spy agencies' powers, the government "insists the UK courts have no place in reviewing the tribunal's decisions", Kim said.

"Should this argument prevail, it would deal a significant blow to the rule of law in this country, placing the Tribunal beyond the power of the courts, no matter how egregiously it misinterprets the law or how unfairly it acts.

"It is particularly concerning given that the Tribunal handles human rights claims against the security services."