Brit ISPs get their marker pens out: Speed advertising's about to change

Oh dear, fewer than half of punters get what they paid for 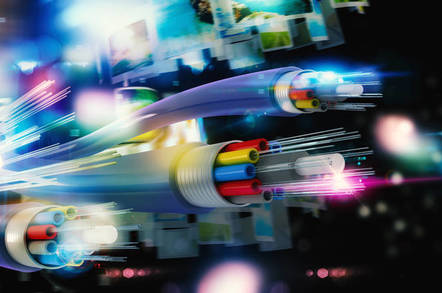 ISPs are scrambling to tweak advertised broadband speeds as the great unwashed continue to receive services that are on average 51 per cent slower than they were led to expect, according to a Which? report.

Changes coming into force next week mean ISPs will have to start promoting average download speeds, as opposed to the current "up to" speeds which are actually available to only 10 per cent of customers.

According to 235,000 results from the consumer advocacy group's broadband speed-checker tool, consumers paying for speeds of "up to" 38Mbps receive just half that (19Mbps).

Meanwhile, punters paying for a package of up to 200Mbps were on average only able to get 52Mbps – 26 per cent of the speed promised.

The closest average speeds to that reportedly advertised were in the "up to 50Mbps" category, where users received on average, 30 per cent less – 35Mbps.

However, Dan Howdle, consumer telecoms analyst at broadband advice site Cable.co.uk, said: "Looking at Which?'s results here I have to say I find them rather odd." He cited Ofcom's most recent testing, which showed a 200Mbps connection from Virgin Media averaged 92 per cent of the advertised speed at peak times.

"With such a large disparity between Ofcom's results and those of Which? I believe something could be amiss. One possible explanation might be if measurements were to be taken over Wi-Fi (rather than over a LAN cable) – this would have the potential to show the much slower averages measured by Which?.

"Wi-Fi, while capable of these speeds on paper, tends to be slowed down considerably (compared to a LAN cable) in your typical urban environment thanks to signal interference and architectural considerations. Whatever the cause, Which?'s results are at odds with those of the regulator, as well as a multitude of other sources."

A separate report by Ofcom yesterday found four million households with standard ADSL copper broadband could upgrade to a superfast package for the same price or less.

That is most noticeable for BT's ADSL customers, who have seen their prices rise significantly in real terms over the last two years to £42.99 a month. In contrast, BT's superfast (fibre-to-the-cabinet) services start at £24.99 a month.

Alex Neill, head of home services at Which?, said: "This change in the rules is good news for customers who have been continuously been let down by unrealistic adverts and broadband speeds that won’t ever live up to expectations.

"We know that speed and reliability of service really matter to customers and we will be keeping a close eye on providers to make sure they follow these new rules and finally deliver the service that people pay for." ®