Brussels wants a ‘full and detailed explanation’ – good luck with that, folks! 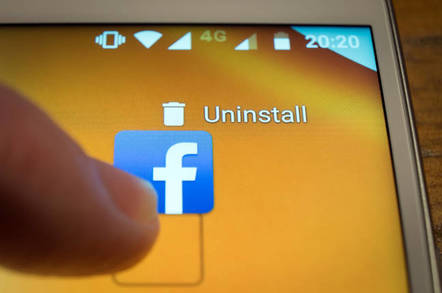 Facebook CEO Mark Zuckerberg will visit Brussels in the next week or two to meet with representatives of the European Parliament including “the leaders of the political groups and the Chair and the Rapporteur of the Committee for Civil Liberties, Justice and Home Affairs.”

That quote comes from Antonio Tajani, the European Parliament’s president, who issued a statement saying Zuckerberg “has accepted our invitation and will be in Brussels as soon as possible, hopefully already next week”.

“Our citizens deserve a full and detailed explanation,” Tajani added. “I welcome Mark Zuckerberg’s decision to appear in person before the representatives of 500 million Europeans. It is a step in the right direction towards restoring confidence.”

Tajani also wrote that the Council of Presidents, the organising body for the European Parliament, “has decided to organise a hearing with Facebook and other parties concerned. This hearing will provide members of the LIBE Committee, as well as other relevant committees, with an opportunity to carry out an in-depth analysis of aspects related to personal data protection. Particular emphasis will be placed on the potential impact on electoral processes in Europe.”

“Web giants must be responsible for the content they publish, including blatantly false news and illegal content,” he added.

The Register imagines that news Mark Zuckerberg is willing to appear in Brussels will go down like a lead brick in London, given the Facebook founder told the UK’s Parliament he has no plans to visit the sceptred isle any time soon.

But it’ll be well-received in Brussells as the EU has previously called for Zuck to appear so that Europeans don’t feel like second class citizens compared to US residents.

The European Parliament’s committee should not, however, feel too smug about having scored some time with Zuck, as his remarks to US Congress were far from candid or sincere. Some of Zuck’s answers to Congress also seemed to reveal ignorance of Facebook’s operations, while he took other questions on notice and provided further information after the hearings.

Facebook’s share structure means it is all-but-impossible to oust Zuckerberg, but another unconvincing performance could make things interesting around the table at the company’s next board meeting. Especially as Europe has signalled it could push for tougher controls on social networks. ®