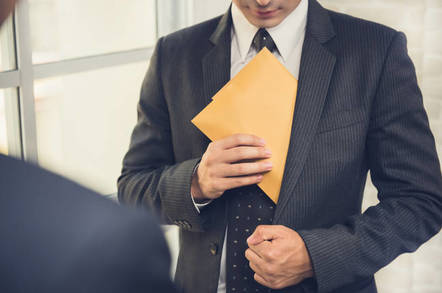 What do you want to hear?

UK political parties have been urged not to use a "legal loophole" that would allow them to process personal data revealing people's opinions on politics.

Campaign group Privacy International has written to politicians calling on them to remember their "vehement concerns" about the exploitation of people’s personal data when it comes to their own parties’ use of it.

The Data Protection Bill, which the government had intended to get on to the statute book at the start of the month, is currently being passed back and forth between MPs and peers as they squabble over rules on press standards.

MPs yesterday overturned an amendment – tabled by the House of Lords – that would have launched the second part of the Leveson inquiry, by 301 votes to 289.

The government has instead proposed (PDF) to lob more powers to the Information Commissioner. If the amendment passes, in addition to the increased responsibility of enforcing the broader powers brought in by the bill and the General Data Protection Regulation, the Information Commissioner's Office will have to review the press's use of personal data every five years.

However, as the bill ping-pongs between the houses, campaigners are keen to ensure that other elements are not forgotten amid the focus on press regulation – a concern also voiced during earlier stages of the debate.

Among the many concerns activists have with the bill is an exemption that allows registered parties to process personal data "revealing political opinions" for the purposes of their political activities.

There is some debate over what data could reveal your political opinions, but the furore around the Cambridge Analytica data harvest demonstrates just how telling even seemingly harmless pieces of information can be when combined.

Privacy International first campaigned for the exemption to be removed, but to no avail – so it has now changed tack.

"It is unfortunate that parliamentarians have failed to support the deletion of the wide exemption... But there is still an opportunity for parties' leaders to demonstrate their concerns are more than just words," the group said.

As such, it has written to the leaders of the Conservatives, Labour, Lib Dems and the Scottish National Party, calling for them to self-regulate their use of data.

It urged them to take a "principled stand, by explicitly committing not to use the exemption... to target voters – both online and offline – in all local and national forthcoming elections or by-elections".

Each letter contains a pointed reference to concerns raised by party members during discussions about Cambridge Analytica.

For instance, digital secretary Matt Hancock said in the aftermath that the "wild west of digital companies that flout rules... is over".

Meanwhile, the SNP's Brendan O'Hara stated that the days in which "shadowy political organisations can harvest, manipulate, trade in and profit from the personal data of millions of innocent, unsuspecting people, could be coming to an end".

But political parties are not known for their belt-and-braces approach to protecting personal data.

Many parties' small print does a good job of slurping up information for all manner of uses you might not expect.

2/ “… These communications will take the form of online adverts promoting us and our work .. You can opt out of online advertising at any time by visiting https://t.co/IFYwVFYhzf” 🤦‍♂️ Wither Trust cc @SarahLudford

And the ICO has previously had to hand down fines for breaches of electronic communications regulations.

Nonetheless, campaigners will be hoping that increased public awareness of the issue will force the parties to take a closer look at their use of personal data. ®