Hey Google. How will we eat? 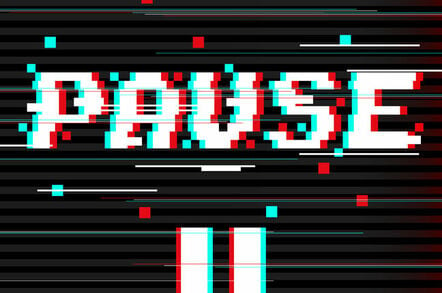 Android developers are reluctantly considering putting Google ads on ice because of uncertainty over whether they'll be GDPR-compliant, cutting off what in many cases is their sole revenue source.

With 10 days to go before GDPR, developers told us they are still waiting for an SDK that Google promised them, one they can't actually implement until the deadline expires.

As we reported mid-last week, Google plunged developers who rely on its Admob system for revenue into uncertainty close to a fortnight before the EU's new privacy laws go into place.

Some devs have mulled whether they would need to change their business model as Google didn't specify what information would actually be presented. Google promised a new Consent SDK, but warned it couldn't actually be tested until after GDPR was in place.

Developers assumed that if they implemented the SDK, they'd meet regulations. Maybe not, however. Adding further confusion, a Google rep said in the Mobile Ads forum that the company couldn't guarantee that apps using the Consent SDK would actually be compliant.

Unfortunately I am unable to advise if your apps will be GPDR compliant. However, obviously if you are not requesting ads using the Google Ads SDK then you should not have need to ask for consent to serve Google ads. If you are requesting ads and you have not collected consent using the Google Consent SDK, then we advise that if a user's consent state is unknown and an ad request is made, Google will still serve personalized ads. Google recognizes that app developers may have different ways of tracking consent of which Google may not be aware, and at this time Google will rely on developers to comply with their obligations under the EU user consent policy.

One developer mused: "So if you don't have a solution in place before next Friday you will have to turn off your Admob account. Do we know how much money that will likely cost Google?"

And a reader has noted that Google's advice contravenes ICO guidelines, which state that organisations should "avoid making consent to processing a precondition of a service".

After we covered the developments last week, Google provided us with a statement for publishers.

"We created the Ad Technology Provider controls so that every publisher that uses our ad technology has the ability to select their preferred providers. Publishers decide which providers they want to work with and the number of vendors they want to select. If they decide not to make a selection, we will apply a list of the most commonly used providers based on those that generate the most revenue for publishers.

El Reg asked for further clarification from Google last week and again today but have yet to hear back from the giant ad-slinger. ®