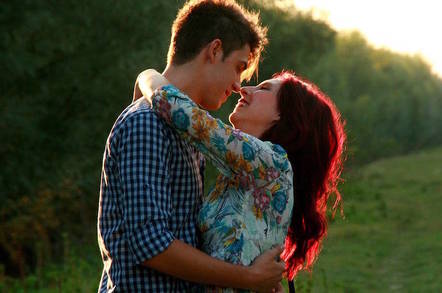 Las Vegas-based Rimini will offer support for Salesforce Sales Cloud and Service Cloud, adding to existing maintenance provided for Microsoft SQL Server, SAP, IBM DB2 and of course Oracle, which is vying with Saleforce for dominance in the CRM space.

In an eminently unquotable press blurb that we've mostly paraphrased, Seth Ravin, Rimini Street CEO, talked up its ability to provide services across the hybrid cloud spaces that include classic licensing and SaaS.

And sure enough, Salesforce's executive veep for global partner sales, Dan Smoot, was also on hand to contribute some words to herald the contract between the duo.

As is customary in such proceedings, he said Saleforce was "excited to work with Rimini Street... as a new support service provider in the global Salesforce services ecosystem". Lovely stuff. Simply lovely.

This is quite a contrast to Oracle's take on Rimini Street – which generally involves throwing sueballs, not compliments – and facing off in heated court cases over copyright infringement.

She reckoned this multi-vendor strategy could also benefit Salesforce, saying that it would strengthen its ability to target large enterprises.

"With no separate maintenance revenue stream and a limit to the depth of maintenance services it can offer, the two providers can operate as partners, offering complementary services," said Eager.

"In particular, Rimini Street will be providing managed system administration services and configuration, customisation and integration project services. This is of value as enterprise-level Salesforce deployments can be complex."

The partnering was made public as Rimini Street reported numbers for calendar Q1 of 2018: revenues leapt $10m on a year ago to $59.8m.

The firm's bottom line was boosted by a $50m payback from Oracle after a court of appeal judge upheld the verdict that Rimini had violated Oracle's copyright but decided the original $124m award was too high. Some $21.28m from Oracle was recognised on the P&L accounts. Operating profit was $25.2m versus a relative low of $2.7m in Q1 of 2017.

But interest expenses, other debt financing overheads and tax left Rimini Street with a net profit of $3.5m compared to a net loss of $14.4m.

The remainder of the cash returned by Oracle went into a court-controlled escrow account on 2 May, Rimini Street said, and will be distributed after the US Federal District Court has made a decision on attorney fees.

The results follow a a decent fiscal 2017 – the first full-year results since Rimini Street was listed on the NASDAQ – in which revenue was up by 33 per cent and operating income by 58 per cent. ®