Plans evacuate HQ out of London after 144 years 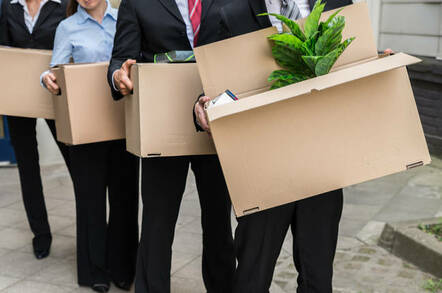 Former state monopoly BT is to chop 13,000 jobs over the next three years and will shutter its current London HQ under plans to wring out £1.5bn in costs and boost its flagging share price.

The roles earmarked for redundancy are mainly in the back office and middle management, but BT did not specify which areas of the business the axe will fall. BT presently has 106,000 on the payroll worldwide.

The location of BT's new HQ has yet to be pencilled in publicly, but it has operated out of a building in St Paul's since 1874 - the same year Aston Villa was founded, and the Factory Act established a 56-hour working week, and put a stop to children under 10 being used as chimney sweeps.

The increase was off the back of a 19 per cent fall in profits the previous year, as BT wrote off £530m over an accounting scandal in its Italian business and faced regulatory costs of £479m. BT's stock market value has failed to recover since that accounting botchjob, when the price immediately dropped by almost £8bn.

BT blamed a decline in its enterprise division for the latest revenue drop, pointing the finger at its outsourcing division, Global Services, which reported a revenue fall of 9 per cent for the year to £5bn.

The sales drop was "due to ongoing challenging market conditions and a reduction in IP Exchange volumes and equipment sales in line with our strategy to reduce low margin business," the company said.

In BT's consumer business, revenues went up 3 per cent to £5bn, and revenue at its mobile business EE rose 4 per cent to £5.3bn. Sales at Openreach remained flat at £5.123bn.

Speaking of the latest job-shedding, chief exec Gavin Patterson, said: “I am really excited to be delivering the next stage of BT’s transformation and have put in place the team that will support me in achieving these objectives.”

Since Patterson took the helm, BT has significantly boosted its consumer portfolio, committing to splurging £295m on Premier League rights for each season until 2021/22.

"At the end of the year, we have incurred costs of £241m, removing over 2,800 roles mainly from managerial and back office areas and achieved savings in the year of £180m," it said.

In addition to the latest round of cuts, BT said it will hire 6,000 employees to support network deployment and customer service. In March it announced plans to recruit 3,500 trainee engineers.

This will come as some consolation to those poor souls that will be looking for new employment elsewhere over the next three years. At least some of them will have time to brush up the CV.

BT also reached an agreement over its £11.3bn pension deficit with its trustees today. It will pay down the deficit over a 13-year period, shelling out £2.1bn over the three years to 31 March 2020 and will make a further £2.0bn contribution.

In March the firm announced the closure of its final pension salary scheme.

For 2018/19, BT forecast revenue to fall around 2 per cent year on year mainly as a result of significant regulatory price reductions in Openreach.

In February, Ofcom slashed the price Openreach can charge operators for superfast broadband, which BT said will hit its bottom line to the tune of £120m next year. ®