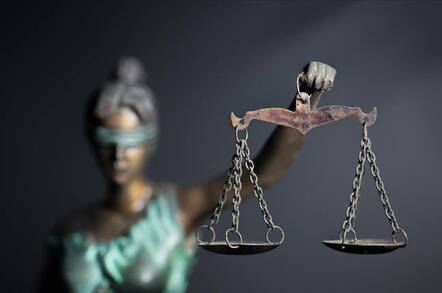 Ambitions to slash court staff by 5,000 and chop physical cases held by 2.4 million per year via digitisation are at "serious risk" of not being delivered on time, according to the National Audit Office.

HM Courts & Tribunals Service (HMCTS) hopes to save £265m by 2023 by cutting administrative and judicial staff costs, having fewer physical hearings and running a smaller estate.

But the watchdog found that delays in its key £280m Common Platform Programme risk hampering that – as previously exposed by The Register.

In its report, Early progress in transforming courts and tribunals, the body said: "There is a significant risk that HMCTS will not be able to achieve all it wants within the time available."

The programme intends to reduce demand on courts by moving activity out of courtrooms. For example, it will introduce online services and digital cases and expand the use of video technology in hearings.

Part of that involves the Common Platform Programme (CPP), begun in 2014 with the intention of creating a unified platform across the criminal justice system to allow the Crown Prosecution Service and courts to more effectively manage cases.

The NAO said today: "The programme at greatest risk of not achieving its outcome is the Common Platform Programme. It has suffered significant delays in development and delivery."

It was originally due to be completed in July 2018. Last year it opted to delay completion to June 2020 to stay within budget.

The NAO said this was mainly due to challenges associated with managing dependencies across three organisations (the police, CPS and HMCTS), the complexity of the technology and creating a new in-house team to develop the software.

Former CPP director Loveday Ryder has since stepped down and joined the The Department for Work and Pensions' in-house IT company. The head of the agile company instrumental in the programme has also quit.

The NAO said HMCTS has redesigned the governance structure of the CPP to improve decision-making. It also signed a £30m two-year contract with its delivery partner PwC to provide support across the portfolio.

Other programmes in its modernisation plans include the £816m HMCTS Reform Programme, which aims to reduce demand on courts by modernising processes and systems, for example through greater use of online services and video hearings.

There's also the £58m Transforming Compliance and Enforcement Programme (TCEP), which is upgrading the systems used to enforce court orders such as penalties and compensation.

Amyas Morse, head of the NAO, said: "Modernising the justice system is an ambitious challenge. HMCTS has improved its approach, but overall it is behind where it expected to be and significant risks remain. Not only could these delay improvements being delivered on time, the tight timetable could also force HMCTS to make changes before fully understanding the consequences for the justice system."

Pubic Accounts Committee chair Meg Hillier MP said: "The Ministry of Justice's transformation plan for courts and tribunals has an ambitious scope, especially given the Ministry is in the midst of so much change across the whole department. All this at a time when they also need to make savings of half a billion pounds a year.

"The Ministry of Justice is seeking to modernise our justice system but needs to be clear about which of the promised benefits it will actually be able to deliver." ®