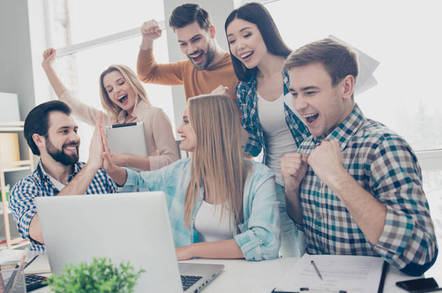 Windows Notepad users, rejoice! Microsoft's text editing app, which has been shipping with Windows since version 1.0 in 1985, has finally been taught how to handle line endings in text files created on Linux, Unix, Mac OS, and macOS devices.

"This has been a major annoyance for developers, IT Pros, administrators, and end users throughout the community," Microsoft acknowledged in a blog post today, without touching on why the issue was allowed to fester for more than three decades.

Notepad's line feed limitations may not inspire the same level of partisan bickering as the tabs vs. spaces debate or the possibility that semicolons may become mandatory in JavaScript.

Nonetheless, the app is widely used and does elicit some passion. News of the change at Microsoft's Build developer conference on Tuesday prompted the loudest cheer of any of the announcements.

Opening a file written on macOS, Mac OS, Linux, or Unix-flavored computers in Windows Notepad therefore looked like a long wall of text with no separation between paragraphs and lines. Relief arrives in the current Windows 10 Insider Build.

Notepad will continue to output CRLF as its EOL character by default. It's not changing its stripes entirely. But it will retain the formatting of the files it opens so users will be able to view, edit and print text files with non-Windows line ends.

Microsoft has thoughtfully provided an out for Windows users counting on the app's past inflexibility: the new behavior can be undone with a registry key change. ®