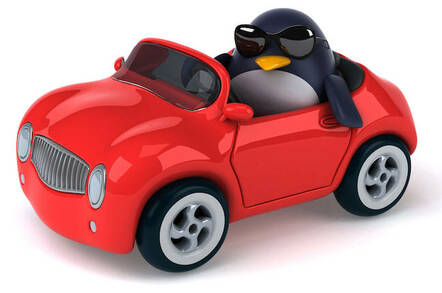 Build SQL Server running on Linux, with embedded R and Python, is Microsoft's most successful SQL Server product ever, said JG "John" Chirapurath, general manager of Azure Data, in an interview with The Register at Build 2018.

"It is the most successful server product we've ever released, in terms of downloads," he said. "Our typical download volumes are in the hundreds of thousands. We're looking at seven million downloads."

The company's Cosmos DB, introduced a year ago, has been doing well too.

Cosmos DB is a distributed, multi-model database. It supports multiple APIs – SQL (DocumentDB), JavaScript, Gremlin, MongoDB, and Azure Table storage – to query data. It can be scaled to multiple regions, which turns out to handy for dealing with regional data regulations.

According to Chirapurath, its growth is coming mainly from customers doing apps created for the cloud.

"They choose it because of the globally distributed nature of Cosmos DB," he said. "The concept of replication is almost non-existent. You, as a database architect or developer, can distribute data based on where your users are. You can automatically also decide where your peaks and valleys come in and you can elastically scale your demand so you get millisecond latencies on any sort of request you get."

Chirapurath said thousands of customers large and small are using the technology, which he contends offers advantages over the competition.

"In the case of AWS, you'll have to buy multiple services to have the multi-modality that is asserted in Cosmos DB," said Chirapurath.

Microsoft has offered database products for a long time, but only recently with the rise of Azure and the shift of focus toward AI have data and databases become a core concern.

The focus on data follows from an interest in AI – data is fuel for AI. And as Chirapurath tells it, one reason that Microsoft has had success in convincing companies to use its data products and AI services has been its willingness to respect what he calls the gravity of data.

"If there is gravity for data on-premises, that's fine," he said. "You can keep it there. And you can move it to the cloud at your own pace."

In other words, Microsoft's Azure pitch appeals to businesses in part because of its support for the hybrid cloud model.

Microsoft wasn't always so flexible. In 2001, it proposed .NET My Service. Also known as Hailstorm, it was supposed to be a central platform of user information and identity, not unlike Facebook Login today.

But customers weren't willing to accept that sort of centralization, due to privacy and lock-in concerns. In the face of blowback, Microsoft abandoned the plan.

Between Hailstorm and running Xbox Live, which helped the company understand how to run cloud services, Microsoft learned not to overreach.

Now when Microsoft calls for the ethical use of data and AI, and offers Azure up as a platform for such services, it brings a certain amount of credibility that ad-focused firms can't muster.

"Our journey into AI didn't begin yesterday. It began 25 years ago, the minute we started exploring search," said Chirapurath. "Xbox Live taught us what a cloud-scale operation ought to look like."

And open source taught Microsoft how to share and play nice with others. ®