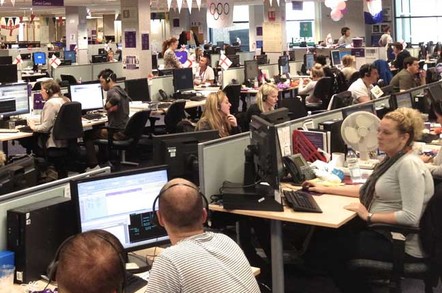 Virgin Media is axing nearly 800 jobs from its Swansea call centre, with the site expected to be shut down by autumn next year.

The cost cutting broadband provider is intent on reducing the total number of UK customer service bases from eight to four, and centralising operations in Manchester.

Chief exec Tom Mockridge confirmed the plans were part of its three-year property divestment programme, as exclusively revealed by The Register last year. In 2017, Virgin said it was looking to close one-third of its sites across the UK amid a review of its £20m annual facilities spend.

Today Mockridge said the business was planning to invest an additional £40m over the next three years to refurbish key sites and acquire new alternative sites.

"We will be increasing our presence in Wythenshawe, near Manchester, and refurbishing that site. We also propose acquiring a major new building in the Reading/M4 corridor area for our people presently based in Hook, Langley, Slough and Winnersh.

"We are now working with and supporting all employees who have been asked to relocate, who may be in a role at risk of redundancy or who may wish to take another role with Virgin Media or one of our partners."

Last year Virgin also shut 30 shops and slashed 250 jobs, including a number of head office people. Sources claimed the closures were a direct result of botching its £3bn Project Lightning superfast broadband plan - which has had far fewer takers than the firm originally planned.

In March 2017 Virgin admitted it overstated the rollout by 142,000 premises – a move that led to the suspension of four staff. ®