'Bicoastal effort' adds to the mess that is internet rules 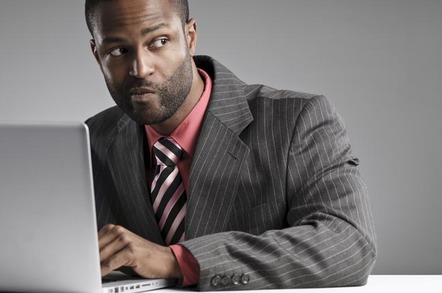 On Wednesday, leading Democratic New York senator Brad Hoylman hailed a "bicoastal effort" between the two states, and in particular San Francisco senator Scott Wiener, to "restore the rights of an open and free internet through net neutrality legislation."

The resulting legislation – S.8321 – is effectively the same as Wiener's SB 822 which is currently making its way through the legislative process in Sacramento and represents "the most comprehensive and strongest" effort to retain the current net neutrality ahead of their formal repeal by the Federal Communications Commission (FCC).

That Californian effort is the broadest and most successful effort so far to ensure that broadband providers cannot use their unique position as gatekeepers to pressure consumers or companies to pay them more money in order to get content to users.

A number of other states' governors have taken executive action – but those actions only impact state employees – and a number of broader legislative efforts have been launched in state houses but have largely been beaten back by cable lobbyists.

California has had its own trials and tribulations: an earlier legislative effort was dropped when lawyers warned that it would unlikely to survive a legal challenge from the cable industry. And Wiener's SB 822 very nearly has its legs cut out from underneath it after a reviewing committee proposed removing two key aspects using dubious arguments that mirror precisely the cable industry's position.

But SB 822 has now passed two committees in the California State Senate and is in front of the Senate Appropriations Committee. At each stage, the wording has got tightened up and seemingly other states are now looking to it as a viable solution to introduce net neutrality at the state level.

Senator Hoylman said in reference to his "mirrored" version of SB 822: "The Internet is vital to a functioning 21st century democracy. By repealing the rules that keep the internet free and fair, Trump’s FCC has attacked freedom itself. As a result, states like New York and California must intervene and ensure a platform for free expression. I’m proud to lead by example alongside Senator Wiener and the state of California, and hope other states will join us.”

The bills themselves will block throttling or interfering with any content, service, or device, as well as outlaw access fees and zero rating.

Meanwhile, at the federal level, the situation grows ever more confusing.

Despite having forced through a repeal of the existing rules against massive public opposition, FCC chair Ajit Pai has been stretching the process out for so long that people have grown suspicious.

It was this time last year that Pai formally put his proposal to scrap the existing rules to an initial vote. It then took six months for the final proposal to be released – something that almost certainly was the result of Pai's team trying to make sure it would stand up to legal scrutiny.

Finally, on December 14, 2017, Pai and his two fellow Republican commissioners approved the measure. But it wasn't until February 22 that it was published in the Federal Register and the official clock started ticking.

Then, 60 days after that – when everyone expected the rules to kick in, it emerged that actually the rules were subject to approval by the White House's Office of Management and Budget (OMB). And it had to have not one but two public comment periods, meaning that the earliest it can give the green light was April 27 – at which point it is back to the FCC to decide when they come into force.

None of which makes much sense when you consider that Pai did not need to structure his repeal in such a way that it was reliant on the OMB, and that he had repeatedly argued that it was important that the rules be repealed as fast as possible when arguing why the FCC has to rush approval.

The need to act first was also frequently cited as the reason why it wasn't possible to address the myriad of concerns leveled at both the repeal plan and the process that was followed in putting it in place (remember when the FCC claimed that people using its public comment process to complain were actually a DDoS attack? What a hoot.)

It is also worth noting that the current, soon-to-be-scrapped rules, did not wait on approval from the OMB and were in fact in place more than a year before the OMB reported.

All of which has led some telco law experts to conclude that FCC chair Pai has deliberately delayed introduction of the rules, even though it has given state attorney generals more time to coordinate and file lawsuits, internet companies more time to structure their opposition, and more time for lawmakers both at the state and federal level more time to devise counter-attacks to the plan.

Why would Pai purposefully delay his repeal? One theory – put forward by Public Knowledge's Harold Feld – is that Pai was working hand-in-glove with Republicans in Congress (something that Pai has done repeatedly in the past) in an effort to introduce a permanent block on net neutrality.

The only way that is possible is through legislation. And so, the theory goes, Pai passed the FCC repeal, overriding previous FCC rules, and then gave Congress as long as possible to develop legislation that would put a permanent seal on efforts to prevent ISPs from monetizing their gatekeeping role by messing about with content.

With the repeal already in place, Republicans would be in a stronger position to get Democrats on board with new Net Neutrality Lite legislation and figure out a way around Washington DC partisan deadlock by stressing the time crunch.

Except, this being Washington, any suggestion of bipartisanship was enough to send people the opposite direction and Democrats have swung the other way, planning later this week to hold a vote in an effort to stop the FCC rules from coming into force, even though they already know they will lose.

The Democrats have persuaded themselves that net neutrality could be an election issue, enough, maybe, to turn one or two seats in their direction and give them greater overall control.

All of which is the kind of endless and largely worthless political game-playing that makes pretty much everyone in the country hate Congress.

So to sum up with where we are with net neutrality in the United States:

In short, it is a gigantic mess. ®