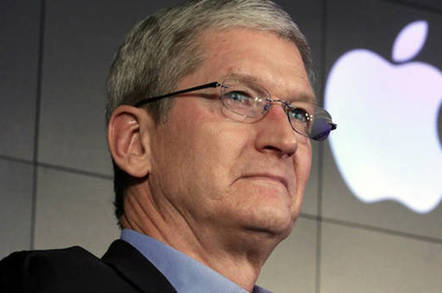 During an earnings call on Tuesday CEO Tim Cook said customers chose the iPhone X more than any other iPhone each week in March following its release in November.

Apple sold 52.2 million iPhones in Q2, up about three per cent year on year. Cook did not disclose how many of those sales were for the iPhone X, but said that it was the most popular mobile in China in the last quarter. An expanding Chinese market has helped drive up revenues.

For its second quarter of fiscal 2018:

Other wins included Apple’s paid services, including its App Store, Apple Pay, Apple Music and iCloud Storage, totalling up to $9.2bn. The contactless Apple Pay will be available to over 20 countries, and Cupertino is hoping to expand to countries such as a Ukraine and Poland. The system is already used to pay for public transport in Beijing and Shanghai, as well as Tokyo.

Apple head bean-counter Luca Maestri said the company now has 270 million paid subscribers across its applications and services. It’s a boost of 100 million compared to a year ago.

Wearables has also jumped 50 per cent due to its wireless bluetooth AirPods and Beats headphones, the Apple Watch, and its digital speaker HomePod.

Cook called AirPods a “runaway hit”, and said the company are working hard to reach demand. "I don't buy the view that the market's saturated," Cook said. He added that there was room for smartphone expansion in the Chinese and Indian markets.

Nevertheless, there are lingering concerns about the slowdown in sales, and in the amount of inventory Apple has sitting on warehouse shelves. These concerns are unlikely to worry investors, as Cook also announced Apple would spend $100bn buying back its own stock. ®