Techies! Britain's defence secretary wants you – for cyber-sniping at Russia 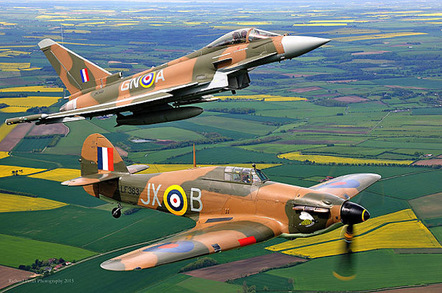 Try humming Land of Hope and Glory, it might help

Defence secretary Gavin Williamson has called for "people with amazing cyber and IT skills" to join the Armed Forces, as Britain's National Security Adviser confirmed to Parliament today that Russia is the UK's main "strategic threat".

In an interview for the Politics Home website, Williamson said: "In this age where there's so much disinformation, where Britain's enemies will use Twitter, will use every angle they can do to change the narrative – people who've traditionally thought about joining reserve forces, we want them to come in."

The defence secretary also singled out journalists as the type of people who he really wants to see join the military, as well as others "with the ability to really understand about getting messages across".

"Sometimes people see the Armed Forces as being quite traditional in terms of its approach. We need to make sure that people in cyber are incredibly welcome. Those skills have a vital and pivotal part in terms of what we do as an army, navy and air force," concluded Williamson.

His comments could be interpreted as an attempt at driving up recruitment for the Army's 77 Brigade, which very broadly covers the "psyops" area. In spite of the unit's designation as a brigade, a formation that normally includes thousands of personnel, 77 Bde was established for fewer personnel than a regular infantry battalion – yet has still struggled to recruit, as we reported last year.

77 Bde itself is composed of five "groups" covering its areas of interest: information activity; task group; outreach; support group; and the Staff Corps group. The latter is the unit where captains of industry are given military commissions so the defence world can pick their brains in times of national crisis. The other four groups are operationally focused and include the infamous "offensive cyber capability" (i.e. black hats working for the government) which sits alongside that of GCHQ in the government's armoury.

Information ops is the main focus of Williamson's latest call, though more than a few people have pointed out that journalists working in the direct pay of a state are more accurately described as propagandists.

Speaking to Parliament's Defence Committee this morning, Sir Mark Sedwill, the National Security Adviser, identified Russia as the UK's number-one strategic threat. Ironically, Vladimir Putin's Russia has delightedly exploited the grey area between propaganda and what some audiences see as journalism through its full-throttle use of Russia Today (RT) and Sputnik News, with both masquerading as US-style partisan TV news networks.

Russia has also been playing about with its own state-sponsored online miscreants for many years. They have been accused of "fixing" elections through intensive and targeted use of social media, while Russian state-sponsored hackers have also been accused several times of helping engineer the election of Donald Trump as US president by Trump's predecessor and ideological opponent, Barack Obama. The latter allegations form part of the wider American state's investigation into the nature of Trump's connections with Russia in the runup to his election as president.

Ominously, last year a security intelligence outfit warned that Russia's control of its pet hacker groups may be slipping. ®