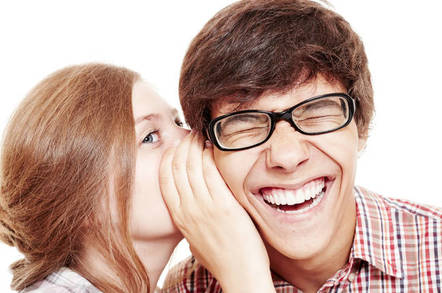 CIOs may - or may not - be reeling from Gartner's admission that the Data Center Backup and Recovery Magic Quadrant will be put on ice after a number of its big hitting analysts upped sticks to work for vendors.

Flush with private equity dosh, startup Rubrik has tried to hire two senior researchers only to have one poached by rival Veeam, causing Rubrik to issue and then re-issue an amended press release.

In addition to Gartner's delay, the move has also raised questions about the safety of suppliers' sensitive product roadmap data previously given to these ex-Gartner number crunchers.

In a letter to clients and other industry contacts, seen by The Register, Gartner said steps had been taken to safeguard any confidential information shared by clients and contacts with the analysts, who are contractually prevented from using/disclosing confidential or proprietary information learned during their work.

After 25 and 13 years respectively, Pushan Rinnen and Dave Russell are leaving Gartner to pursue outside opportunities. We are currently assembling a team to maintain coverage in their fields of research. As such, the Gartner Magic Quadrant and Critical Capabilities for Data Center Backup and Recovery Solutions 2018 research schedule is being revised and will be lead by a new research team once appointed.

We understand that many senior people at Veeam and Rubrik's competitors are upset and worried that, with these hires, they would have gained knowledge about their significant competitors.

Rubrik - valued last August at $1.3bn - has a cash pile of more than $292m and has used some of that to buy distributed database backup firm Datos IO. It is also using the money to recruit - though that hasn't gone as smoothly as planned.

Word about Rubrik's new hires – Dave Russell, a Garter VP and "distinguished analyst" who joined in 2005 from IBM's Tivoli business unit, and Pushan Rinnen, a research director at Gartner since 1993 – emerged on Friday, causing concern and alarm in the data protection industry.

Rubrik's first public statement about Russell and Rinnen said they "will bolster the company's technology leadership and go-to market strategy ... While at Gartner, they were critical drivers of the research firm's Magic Quadrant for Data Center Backup and Recovery Solutions."

Russell was to become a Rubrik VP and chief strategist, "charged with tracking and identifying key industry trends".

But El Reg understands Veeam vented its displeasure to Gartner at these hirings on Friday and made Russell a counter-offer over the weekend, which he accepted. It means he no longer has to move to Silicon Valley from Arizona, which should save him quite a whack on rent.

We understand another ex-Gartnerite has also joined Rubrik, Ray Schafer. He joined Gartner from Veritas in April 2016.

According to LinkedIn profile, Schafer was responsible for providing Gartner customers "with insight in technology trends and advice for best practices around data storage, backup and archive." His LinkedIn entry has been updated to say he is Director of Competitive Intelligence at Rubrik.

Rubrik has told us it "can confirm that Ray has joined... "but his title has not been finalised."

Rubrik added: "People with access to sensitive information move around our industry all the time, but are governed by confidentiality agreements. We expect all our employees to uphold any NDAs they have signed while working elsewhere in the industry, including those who join us from competitors or analyst houses. Overall, the right of individuals to change employers and further their careers is a positive thing for the industry and society.

"With such strict confidentiality agreements in place, we have no hesitation in continuing to brief the analyst community under NDA, without fear that our conversations will be discussed if an analyst decides to pursue other opportunities, including working at a competitor."

The Register asked multiple companies in the backup industry what they thought about this.

One storage contact claimed hiring an ex-Gartnerite as a competitive wepaon was a step too far:

But, as a counter argument, the employment of an analyst to work in competitive intelligence is, I'm afraid, taking the piss

An Actifio spokesperson told us: "These analysts have been taking regular briefings from a lot of vendors including all of Rubrik's competitors, understanding their non-disclosure commitments. Two of them have been working on the next Magic Quadrant for data center backup and recovery, expected out later this summer.

"Most vendors share their product and execution strategies, proprietary customer references, roadmaps and unannounced products, and some financials, fairly openly with Gartner analysts in the hope of getting more favorable placements on the coveted MQ – and also to get feedback because the analysts know the competitive landscape.

"IT customers at every level in every industry rely on Gartner's neutrality and judgment. Gartner owes its clients timely, validated Magic Quadrants and other research, in which the vendors have invested time and resources, and it owes the same to end users for their agreements to serve as references.

"Gartner should clearly, publicly and promptly disclose its intentions for Magic Quadrants or any other unpublished research that the departed analysts have been working on. They should declare that the confidentiality terms of the former analysts' employment will be strictly enforced and any violations will not be tolerated.

"They should pledge to abandon the former analysts' work in progress and assign new analysts to start fresh. This will require vendors to devote more time and work than they have already, and it will delay the publication of valuable content that many vendors rely on for their own marketing. As any service provider would do for its clients, Gartner will have to determine how it makes good on those potential costs and damages."

"It's incredibly worrying that these analysts in particular, so famed for their work with the Gartner MQ, have been allowed to go to Rubrik.

"It's not the hire of analysts which is a problem, everyone under the sun does it, but these two were taking strategy briefings from all of Rubrik's rivals up until a few weeks ago."

Eran Farajun, exec veep at Asigra, said of the moves: "While there might seem to be an instinct to question the ethics, I don't believe we should rush to judge in haste.

"Dave [Russell] is a consummate professional and honourable person. He is far too astute to breach the confidentiality of whatever secrets he knows, if any at all. Let's only judge Dave and Pushan by their actions."

Farajun pointed out that Jason Buffington, formerly of the ESG analyst firm in Boston, recently joined Veeam. JP Corriveau left his research director position at Gartner earlier this month and has also joined Veeam as its senior director for global alliances.

Oussama El-Hilali, veep of Products at Arcserve, told The Register: "We saw the beginning wave of analysts moving in-house several months ago, so this doesn't come as a huge surprise. But while this may be the start of a trend or evolution in the backup space, it poses questions around credibility and how much information we should be sharing with firms whose analysts may be working for a competitor the next day.

"The analysts ... may uphold their non-disclosure agreements, but it's hard to believe the deep amount of information they've gathered won't play a part in influencing the strategy of new employers moving forward."

A Cohesity PR rep said: "The timing of the hiring of an esteemed group of lead Gartner analysts by Rubrik is concerning, especially as they have been briefed in depth mere days ago for the MQ by ourselves and other vendors.

"Integrity is a core value at Cohesity."

"While I know Gartner agrees on this principle, we believe this development heightens the need to ensure clear impartiality in the MQ process going forward. It would not be surprising for customers who depend on Gartner's influential opinion and reputation to be concerned regarding the nature of the advice over the last few months."

Another contact in the industry said of the confidential information these analysts are bound by NDAs to ignore: "You can't un-remember the stuff you know." ®