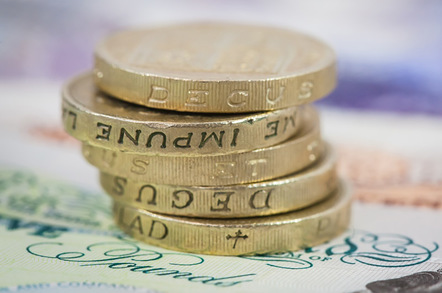 Plans by the Royal Bank of Scotland to shutter 162 branches and slash 800 jobs were today pulled apart by union Unite, which accused the bank of "shambolically poor management" after claiming it spent £1.8bn on a failed IT project.

For its part, RBS blamed the closures on its failure to find a buyer for 300 branches that were earmarked for sale to challenger bank, Williams & Glyn*.

“We are no longer launching Williams & Glyn as a ‘challenger bank’, and we now have two branch networks operating in close proximity to each other; NatWest and Royal Bank of Scotland, in England and Wales," it said.

Unite has unsurprisingly hit out at the closures.

“The Williams & Glyn saga rolls on as Royal Bank of Scotland continues with its shambolically poor management of this business. How does a taxpayer funded institution spend £1.8bn on a failed IT project and in the next breath demolish the much needed local bank branches?"

The IT programme was linked to its previous failed bid to hive off the 300 branches as a separate and independent bank.

The Register has asked RBS for a further comment about the IT project in reference to the branch closures. We also asked if any technical staff would be affected by its voluntary redundancy plans.

At the end of last year, RBS announced it was closing one-in-four branches, blaming a shift to online banking. In August it also announced plans to axe 900 IT jobs by 2020.

MacGregor went on to opportunistically link the RBS announcement to last week's monumental IT cockup at TSB.

“The TSB computer systems crash last week has demonstrated without question that the banking system needs its branch network more than it ever has. Unite is calling on the Royal Bank of Scotland management not to abandon their responsibilities to the communities across the country who depend on Williams and Glynn banking facilities. These plans can not be put into motion for the sake of consumers and staff.

* The EU required RBS to divest a portion of its business after the UK government bought an 84 per cent stake in the bank in 2008, just as the credit crunch bit hard on financial institutions. It created Williams & Glyn and had been due to divest that company at the end of 2017.

A consortium that included private equity investors and the Church of England ploughed £600m into Williams & Glyn in 2013 in return for equity once it floated in an IPO, but RBS shelved plans to spin off the subsidiary due to concerns over its survival post-Brexit.

The British Treasury then provisionally agreed with the EC to pay £833m into a fund designed to lend more money to SMEs. But the bank decided to close the branches that would have been branded Williams & Glyn.