You know those Ts&Cs you used to offer on your website? Yes that one. 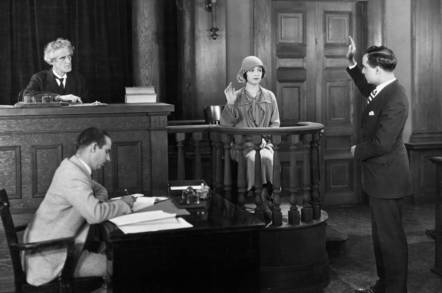 Customers of 123-Reg hit by the hosting business's recent web deletion woes are being asked to step forward and make a claim against the outfit by a legal tech ambulance chaser startup.

In March a hardware failure on one of 123-Reg's servers led to some customers' websites being hit by an outage. The firm hosts a total 1.7 million sites.

Following attempts to restore the webpages, some returned to earlier versions or lost a volume content on their sites.

Listened.to, an online outfit which aims to gather people with claims of smaller value to seek redress for all of them via its partnerships with law firms, is now scouting for disgruntled customers.

The main legal argument of its lawyers is over the previous claim by 123-Reg that all its virtual private servers are backed up once every 24 hours, which the startup alleged to be misrepresentative of customers' recent experience.

In its call-out for angry potential punters, Listened.to said the recovered data that was reinstated by 123-Reg was in some cases over seven months old, "leaving firms to piece together or rebuild websites completely at their own cost".

That backup claim is no longer on 123-Reg's website, but can be found on the Internet Archive: Wayback Machine dated last year.

It stated: "All our Virtual Private Servers are backed up once every 24 hours. So, in the unlikely event of hardware failure, your VPS can easily be recovered with very little downtime."

A spokeswoman from 123-Reg said: "We are unable to comment on any prospective legal proceedings."

A similar deletion incident occurred in 2016, when 123-Reg accidentally wiped a number of its customers' websites.

That time the cockup occurred after it ran a script containing a catastrophic error which took down at least 67 of the company's 115,000 servers and consequently knocked hundreds of websites offline. ®