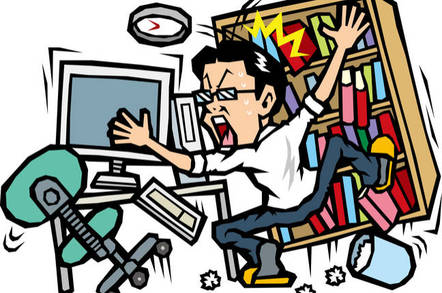 The business models of Uber, Lyft, Instacart, TaskRabbit, GrubHub and numerous other "gig economy" companies may need an overhaul following a decision by the California Supreme Court to redefine when someone is a contractor or an employee.

In a decision this week that went against delivery company Dynamex Operations West, the US state's top court ditched a key test for determining if someone is an employee – and put its weight behind a simpler one that has the knock-on effect of making it much harder to claim people working for an organization are not employees.

Dynamex decided in 2004 that its drivers – who had previously been employees – were now independent contractors. The drivers sued and lost. They appealed and won in appeals court. The company then appealed that decision. And now the Supreme Court has decided: the appeals court was right and the drivers were employees.

The impact may be significant: if someone is taken to be an employee, the company becomes legally responsible for ensuring they meet minimum wage and overtime laws, offer unemployment insurance, rest breaks, pay payroll taxes and so on.

That is not only an administrative burden that can cost a business 20 per cent or more per employee but can also greatly reduce a company's flexibility, likely requiring it to do more with fewer people.

On the plus side, there are tax benefits and, done right, a company can direct their employees to do specific tasks and so improve overall efficiency.

But it may cause a slowdown in the use of an increasingly common business model, especially in California, where mobile phones and itinerant individuals can be pulled together to provide a wide variety of services.

Previously there was a complex test of 11 factors that courts used to decide whether someone should be considered an employee or not. The test has typically been used when workers sue a company to get employee benefits, or to protest being fired indiscriminately, and focuses on the concept of how much control a company has over a worker.

It is called the Borello test (from a 1989 court case involving farming company S. G. Borello & Sons) the focus is on the degree to which a company can control what a worker does and how they do it. The 11 contributing factors include things like payment method, whether special skills are involved, if the company supplies the tools for the job and so on. That test has long been used by companies to argue that their workers are not employees.

But a second test - called the Martinez test after a similar court case in which strawberry pickers tried, and failed, to get minimum wage back pay for work they had already done – has muddied the waters since it was introduced in 2010.

The Martinez test is much simpler, containing three factors, and is often referred to an the ABC test because it says that employing someone happens under one of three definitions:

(a) to exercise control over the wages, hours, or working conditions, or (b) to suffer or permit to work, or (c) to engage, thereby creating a common law employment relationship.

Which, in non-legal terms, means that if a company gets to decide how much you earn and the job a worker does is a core part of its business, then their staff are employees, not contractors.

Uber not lifted by the news

The reason this is big news for a company like Uber is that literally the only thing Uber does is connect up drivers with people that need to get from A to B. So anyone doing that job for the company, even if they can clock on and off as they wish, is likely to be seen as an employee.

In addition, Uber gets to decide how much a driver earns – the drivers are not negotiating directly with the customer.

The 82-page decision by the court spends most of its time digging into this Borello/Martinez distinction and the arguments on both sides before basically deciding that Martinez is the way to go.

That decision has been a long time coming. Employment lawyers have complained for years that the two tests – which in some senses compete with one another – have made things confusing for nearly a decade. It is also a significant legal shift and may cause cases that were decided recently to be challenged and potentially overturned.

A big one concerns food delivery service GrubHub: in that case, the judge half-used the ABC test and appeared to agree that the person who brought the case, Raef Lawson, was an employee and not an independent contractor – as the company claimed – because the company's entire business is food delivery and he was a delivery driver.

But the judge – deciding in February, so just three months ago – said ultimately that GrubHub did not exert sufficient control over what the Lawson did for them (half-using the Borello test) to be considered an employee. Lawson lost.

But under this new decision by the Supreme Court, it is arguable that simply because of the first part – that it is GrubHub's main business to deliver food – that Lawson was an employee. It is then up to the business to decide how it uses its right to direct what work they do and when.

The GrubHub decision was seen as a legal victory for the owners of startups in the gig economy because it meant they would not have as much legal responsibility for the people doing the work. But this week's decision may flip that entire equation.

Of course what looks like some much-needed clarity is going to take some time to shake out: there are numerous ongoing and recently decided cases on this aspect of the modern economy and the impact of this new decision will need to be absorbed into the legal system.

But you can pretty much guarantee that every legal department in every gig-economy company is poring over the decision and every exec team is trying to figure out what changes they may need to make to avoid losing future lawsuits brought by their "independent contractors."

Those changes could include everything from apps changing to allow users and workers to negotiate their own rates, to fewer workers – like Uber drivers – being forced to work specific, longer hours, as in more traditional jobs.

What a brave new, er, old world of workers' rights. ®

Analysis Meanwhile, the only pro-privacy proposal gets quietly pulled