Bill Morrow says what Australia's been thinking for about a decade 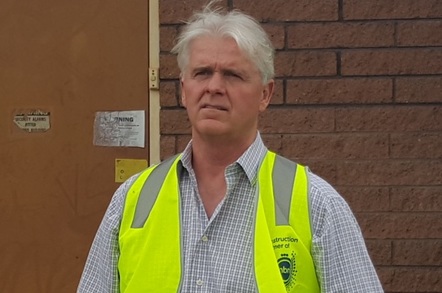 On his way out the door, nbn™ CEO Bill Morrow has written that at least some of the problems plaguing the National Broadband Network (NBN) can be attributed to its use of copper wires as a connection medium.

It's something of a paradox that Morrow's document [PDF] was published as the UK regulator, Ofcom, warned BT it needed to build a “full fibre” network or risk losing customers to its rivals.

Australia is, alas, almost certainly stuck with the NBN we have, but the position paper leaves an important question unanswered: the risk of using the Telstra copper was widely known, and there was no formal instruction to focus on that copper. So what drove nbn™'s board and management decisions since 2013?

When the Abbott government came to power, with then communications minister Malcolm Turnbull committed to the “multi-technology model” (MTM), it issued riding instructions to nbn™ in the form of this 2014 statement of expectations (SoE) [PDF].

In that document, nbn™ is not told how much fibre-to-the-node (FTTN) it should deploy. Instead the document gave the company “flexibility and discretion in operational, technology and network design decisions, within the constraints of a public equity capital limit of AU$29 billion.”

Further, “NBN Co will determine which technologies are utilised on an area-by-area basis so as to minimise peak funding, optimise economic returns and enhance the Company's viability”.

The statement's main political intervention was that the government instructed nbn™ to buy and integrate the Telstra and Optus hybrid fibre coax (HFC) networks, both of which caused the company grief: it abandoned connecting customers on the Optus network, and had to stall Telstra HFC customer connections to undertake network remediation.

The extent of the FTTN deployment, however, remained notionally at the company's discretion.

Those objectives remained unchanged when the government revised [PDF] the Statement of Expecttions in 2016. Although the government did stipulate the MTM, nbn™ still retained the apparent freedom to make its own technology choices, as long as it could “build the network in a cost effective way using the technology best matched to each area of Australia”.

As Morrow's position paper stated, FTTN connections suffer maximum speed limitations, “increased fault rate and operating costs versus the all-fibre alternative” (Morrow wrote that the economics were factored into nbn™'s decision, and the fault rate was “felt to be within reason”).

Co-existence of nbn™ FTTx services in a cabinet with other, typically ADSL, services is also causing customer pain, because the interference between services limits the speed customers can achieve.

All these issues were predictable; beyond the instruction to acquire HFC infrastructure, they were all avoidable; and the SoE documents always left nbn™ with a notional discretion to deploy more fibre than it did.

One of the company's early decisions, after the 2013 election, was to change how fibre deployment costs were characterised, something Morrow obliquely refers to in the position paper. In the old “Stephen Conroy” model, access to Telstra “pit and duct” infrastructure was treated as an operational rather than a capital cost.

“While likely cheaper than building new infrastructure,” he wrote, “this is still a substantial expense for NBN Co and is also why, when you combine this with the national reach mentioned above, the cost-per-premises and wholesale price is often higher than network operators that are able to leverage their own legacy infrastructure.”

The accounting also pitched the fibre-to-the-premises rollout as unaffordable under the “$29.5 billion” government equity limit (which didn't survive even with the MTM) – but it was never explicitly mandated in the SoE.

And that's what's missing from the position paper: that the use of Telstra copper was a political, not an economic, mandate. The costs of that political mandate are now well-known: the price blew out so far that the MTM can only be defended if you accept the government's assertion that FTTP was going to cost $90 billion; and the network's performance leaves customers underwhelmed.

There's also one glaring omission from the position paper, the role of nbn™'s wholesale models, both on customer satisfaction and on its own commercial position.

nbn™'s volume-based connectivity virtual circuit (CVC) charge and its ACCC-imposed 121 points-of-presence were both criticised back to the days of former communications minister Stephen Conroy, and five years since the change of government, nbn™ has only adjusted its CVC charges at the margins. And that's unlikely to change because without CVC the company will struggle to pay down its debt or reach profitability. ®

We only do the last few kms, CEO Bill Morrow tells Senate Estimates