It's a $460bn business with a free service… what did you think was going on? 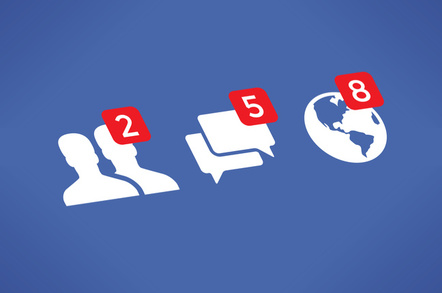 Facebook has confirmed what many of us have known for years: Cambridge Analytica was far from the only organization engaging in the wholesale hoarding of netizens' personal data via the social network.

The Silicon Valley giant told America's financial watchdog, the SEC, on Thursday that it will probably reveal additional data-harvesting operations as it continues probing how outside developers accessed its website and what information they siphoned off in bulk.

Don't forget, Facebook was more than happy to let third-party apps and tools connect to its services and extract people's personal information, provided punters clicked through user agreements they never had time to read. Now after years of letting companies chug from its firehose, Facebook is shocked – shocked – to discover that shady outfits were amassing folks' info via these APIs.

"As a result of these efforts we anticipate that we will discover and announce additional incidents of misuse of user data or other undesirable activity by third parties. We may also be notified of such incidents or activity via the media or other third parties," Facebook officials told the SEC.

"Such incidents and activities may include the use of user data in a manner inconsistent with our terms or policies, the existence of false or undesirable user accounts, election interference, improper ad purchases, activities that threaten people’s safety on- or offline, or instances of spamming, scraping, or spreading misinformation."

Facebook's inflection point: Now everyone knows this greedy mass surveillance operation for what it is

The admission was part of the list of risk factors Facebook has to disclose, as a public US company, to the regulator as part of its quarterly earnings reports. The social network noted that it already faces multiple class-action lawsuits as a result of the data collection, and losing even one of those cases could have an impact on its bottom line.

"There can be no assurances that a favorable final outcome will be obtained in all our cases, and defending any lawsuit is costly and can impose a significant burden on management and employees," Facebook stated.

"Any litigation to which we are a party may result in an onerous or unfavorable judgment that may not be reversed upon appeal or in payments of substantial monetary damages or fines, or we may decide to settle lawsuits on similarly unfavorable terms, which could adversely affect our business, financial conditions, or results of operations."

Don't feel too bad for CEO Mark Zuckerberg and co. Despite facing a reckoning over how they have been handling user information for the last decade, Facebook still managed to make roughly $12bn and revenues and $5bn in net income over the past three months. Facebook's market cap, despite taking a hit in the last few weeks, still sits at around $460bn.

Down to brass tacks

Cambridge Anal.'s slurping of personal information hit the headlines because it involved the 2016 US presidential election. Rather than admit it helped put Donald Trump in the White House by endlessly broadcasting and writing up his rallies and speeches, American media went bananas over the suggestion that Facebook – via Cambridge Analytica as well as Russian trolls – played a role in helping folks manipulate voters to swing it for the real-state baron. Finally, someone else to blame.

But Cambridge Analytica wasn't a one-off case, and now Facebook pretty much acknowledges that.

The bottom line is, once the congressional testimony is long forgotten, and the apology tours have wrapped up, Facebook will continue to look to make a buck off any data its addicts hand over to it. That has been for years, and will continue to be for the foreseeable future, an incredibly profitable business model. ®