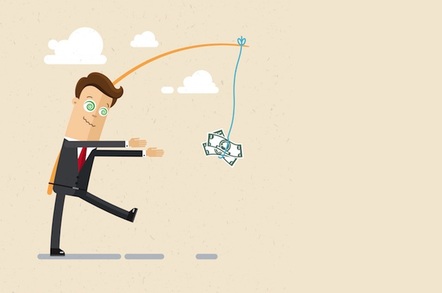 Facebook CTO Mike Schroepfer was not British MPs' first choice of witness, but they certainly made the most of his appearance in Parliament, grilling him on why his firm is a "morality free zone".

As part of the global Search For Truth in the ongoing Facebook data-harvesting scandal, the Digital, Culture, Media and Sport Committee spent almost five hours questioning the man Mark Zuckerberg sent to face the music.

Schroepfer came across as genuine - or at the very least, believable; certainly his assertions about the company’s mission were slightly less saccharine, and a lot less robotic, than his boss’s efforts in front of US Congress.

But, despite his apparent willingness to answer some questions, committee members couldn't hide their frustration that they had failed to get consistent, straight answers out of the social network - especially after Facebook exec Simon Milner had downplayed the extent of the Cambridge Analytica data at a February hearing.

"While not directly caught out telling a mistruth," said chairman Damian Collins, Facebook's "pattern of behaviour" indicated an "unwillingness to engage" and be fully transparent.

Schroepfer, declining to bad mouth his newly promoted colleague, said that the issue had "come to light in sharp relief" in recent months. He did, though, make a number of other concessions during the session.

Among these were Facebook’s delay in understanding the impact of Russian influence in the US election, its "mistake" not to inform people their data had been sold to Cambridge Analytica when it first found out about it in 2015, and Schroepfer accepted the initial system for policing apps on its platforms had failed.

He also said, in response to questions about an alleged legal threats to The Guardian, that he was “sorry that journalists feel we are trying to stop them from getting the truth out”.

However, this didn't stop the committee from giving the CTO a hard time over his company's business model and modus operandi. Conservative MP Julian Knight described Facebook as a “morality free zone” that is destructive to the fundamental right to privacy, while Ian Lucas questioned the firm's integrity.

Labour's Paul Farrelly said that journalist Matt Taibbi’s description of Goldman Sachs as a “great vampire squid wrapped around the face of humanity, relentlessly jamming its blood funnel into anything that smells like money” could easily apply to Facebook.

Schroepfer obviously disagreed, but tried to appear contrite, repeatedly saying he understood the scepticism and didn't want to "paper over the fact that these are real issues", of fraudulent advertising, election interference and data privacy.

“I understand the scepticism and I don’t fault you for it," Schroepfer said. "If you’re asking a question of intent, I can only tell you what’s in my heart, which is we really do want to get these things right.”

In a bid to prove the firm's was taking action, he flagged up changes the company is making to political advertising, which will require every advertiser wanting to run political ads to be verified.

Meanwhile, in what Schroepfer described as "radical transparency", users will be able to see all the ads a firm or group is using, as well as information on how much the firm or group has spent.

However, Collins pointed out that while “transparency is helpful, it doesn’t allow you [as a user] to stop it - it just allows you to know who’s doing it”.

In an informed and clear line of questions about custom audiences and the way Facebook generates lookalike audiences, Collins argued there was “no real protection for a voter” against seeing political adverts they didn’t want to.

Schroepfer countered that users can delete the preferences advertisers use to target them, and that the ability for users to mute an ad or block an advertiser gave them greater ability to avoid broadly targeted advertising than they had on TV - but had to concede that there was no way to opt-out of all political advertisements.

However, Schroepfer argued that once users removed all their interests and flagged up ads they didn’t enjoy, it would be “much harder for advertisers to target [them] directly”, as Facebook would learn what ads not to serve them.

Effectively, though, this just amounts to giving Facebook more information - even if it’s in the negative, it's equally telling about your personality. And this speaks to the fundamental disconnect between the business and the public.

Because, while Facebook insists that users want a massively personalised service - according to Schroepfer, when feeds aren’t relevant it’s “the worst form of experience” - this isn't being borne out in real life.

As the past few weeks have shown, outside the user testing environment, people were shocked to find out just how much information Facebook holds on them and what it can be used for.

No doubt execs are frustrated they're on the receiving end of the public furore over online tracking, given how rife the activity is - but it's also an inescapable factoid that Facebook earns bucketloads from advertising.

Indeed, according to results released this week, Facebook reported a 50 per cent year-on-year increase in Q1 ad revenue to $11.8bn.

So it's perhaps unsurprising that Schroepfer's comments about wanting to "build meaningful products people love" ring a little hollow. ®