Amazon: For every dollar of op. profit going into Bezos' pockets, 73 cents came from AWS 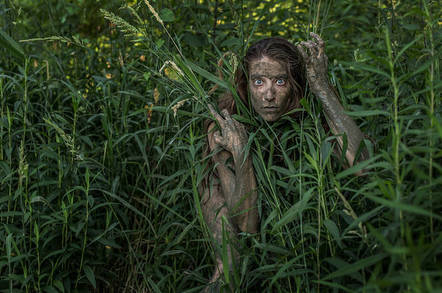 Ah... not that kind of Amazon

Investors found this appealing, sending the company's shares up about 6 per cent in after-hours trading.

AWS, the company's cloud services division, outpaced Amazon.com's overall growth with $5.4bn in revenue, up 49 per cent from the $3.7bn reported for the year-ago quarter. Amazon CEO Jeff Bezos – the world's richest person with a net worth of $112bn – in a statement attributed AWS' success the seven years it had to figure things out before serious competition arrived.

AWS accounted for 73 per cent of Amazon's operating income during the quarter – $1.4bn out of $1.9bn, which is up from $1bn in Q1 2017. AWS remains the market leader in terms of revenue. It generates more than $20bn annually.

The reason, he explained, is the value AWS creates for customers.

"We have the functionality and pace of innovation that others don't," he said.

But rival Microsoft is growing its cloud biz at a faster rate. Microsoft just reported that its Azure service grew 93 per cent during Q1. Google, via parent Alphabet, just reported $4.35bn revenue in Q1, a 36 per cent gain, for its Other category, which includes Google Cloud Platform and other businesses.

In a shareholder letter last week, Bezos revealed that there are more than 100 million people paying $99 annually for Amazon Prime subscriptions.