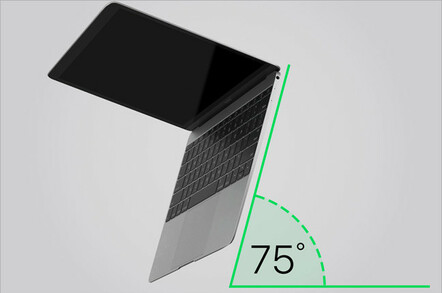 Apple opted for the design to make its thin laptops even more anorexic, but they fail easily and are expensive to fix.

Even diehard fanbois are critical: Daring Fireball, once described by Valleywag as an "A-list Apple flack", calls it a disaster.

"This keyboard has to be one of the biggest design screwups in Apple history. Everyone who buys a MacBook depends upon the keyboard and this keyboard is undependable," wrote fanboi-in-chief John Gruber. Ouch.

Any key is susceptible but it's the space bar that most commonly fails. Reddit and YCombinator users corroborate.

Apple will replace it free of charge if it's in warranty, but out-of-warranty keyboard replacements are $700 (£502). Even in warranty the owner can count on around a week's lost work while awaiting a new one. Computer "insurers", unlike car insurers, don't offer a temporary replacement vehicle.

The issue has been escalating quietly. Casey Johnson at The Outline - wrote last October of dead keys caused by a speck of dust. She isn't much happier now.

"People have been forced to pay extortionate repair prices (around £500/$700 for the top case) out of warranty for keyboard issues which seem to be caused by a design flaw and/or quality failure. It seems that Apple really need to admit there is a problem and take measures to address this with a recall," reader Tom told us. Tom's fortunately in the Apple Care plan – but many others are not.

Apple advises how to clean the keys here – without removing the key plates. ®