Alaska and California moving forward, Colorado not so much 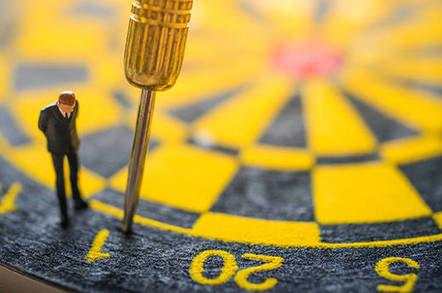 Efforts to impose net neutrality protections before federal rules are repealed are taking place across the US, but are currently very hit-and-miss as the big ISPs swing lobbying dollars against them.

Earlier this week, an effort by the Colorado state legislature to introduce restrictions on what broadband providers are allowed to do with content carried over their networks failed in committee, with a 3-2 vote along party lines (Republicans voting it down) in the Senate.

There had been high hopes for the HB-1312 – the Open Internet Customer Protection bill – especially after it passed Colorado's House earlier this month. The bill sought to disqualify an ISP from receiving any state funds to subsidize internet connections of expand broadband deployment if it "engages in certain practices that interfere with the open internet."

But in a state that is still hamstrung by legislation passed in 2005 that prevent local governments from creating their own broadband networks (SB 152), it isn't too much of a surprise that it fell in the Senate where Big Cable lobbyists are known to hold significant sway.

SB 152, incidentally, remains incredibly unpopular with everyone but the cable industry but despite numerous efforts, it remains on the books.

Meanwhile, in Vermont, its effort to reintroduce net neutrality is making significant headway. It has passed the House and the Senate and is currently in the process of review and amendments.

The bill - S.289 - prevents ISPs from blocking content, paid prioritization and any effort to "throttle, impair or degrade lawful Internet traffic" if they wish to receive state funds.

Both sides of Congress seem committed to the bill, as does governor Phil Scott who signed an executive order back in February that required pretty much the same for an ISP supplying service to state departments.

There are a few issues being ironed out however: such as who gets to decide whether an ISP has broken the rules (it will be the Attorney General) and what obligations there are to publish information about investigations into ISPs.

But there is a key aspect missing for net neutrality advocates – it doesn't oblige ISPs to follow such rules for the average consumer. Instead, consumers will be able to make "an informed choice" by reviewing what each ISP is doing when it comes to issues like blocking and throttling.

The law as it currently stands foresees the state making future regulations to expand net neutrality protections but does not impose them. One lawmaker is proposing that all ISPs be required to get a compliance certificate as a pre-condition to getting any state contracts, providing a crystal-clear reference point for consumers and increasing the pressure on ISPs to simply introduce net neutrality policies.

Currently there is a waiver in the bill that would allow state agencies to sign contracts with ISPs not respecting net neutrality rules if they believe it is in the state's interests – something that critics say is an obvious loophole that would encourage ISPs to offer services without net neutrality at a lower price and then use that contract to hold themselves out as pseudo-net neutrality compliant to consumers.

That also assumes that the issue of whether an ISP is net neutrality compliant strongly registers with the average consumer, when it quite possibly does not – especially when the special deals come through the post.

Next to Alaska, where two bills – HB 277 and S 160 – are working their way through the legislature – albeit very, very slowly. The same issues and the same pressure as elsewhere are also playing out: Big Cable is fiercely opposed but claiming it will follow net neutrality rules regardless and so there is no need for a new law. Lawmakers are split.

In the latest move, the Alaskan Senate approved an unusual statement in which is said it supports a "free and open internet" and called on Washington to overturn the FCC's efforts to repeal the existing rules.

The statement is a clear sign that it will be a struggle to pass specific net neutrality legislation in the state, especially since the statement itself was only just approved 11-7 (11 votes were needed).

All of which points to California, which is the focal point for net neutrality efforts given the heavily Democratic state legislature and its persistent defense of an open internet.

Having beaten back a determined effort by Big Cable lobbyists to gut the most important provisions of SB 822, the bill has now moved to the Senate Judiciary Committee.

It looks likely that a net neutrality bill will pass at some point in Sacramento but there are two key questions:

In short, it's a mess. Which is why federal rules were passed in the first place. ®