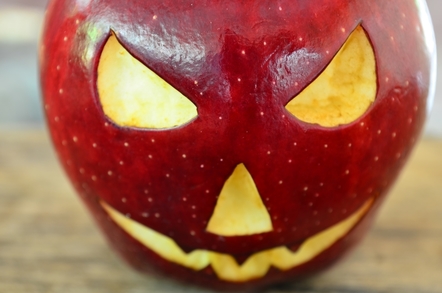 Apple has issued a trio of updates to patch security vulnerabilities in Safari, macOS, and iOS.

For iOS, the update to 11.3.1 addresses a total of four CVE-listed vulnerabilities, including one that is present in the debugging tool used across both iOS and the macOS.

In summary; the debugger had a bug, and a buggy app could have triggered the debugger bug to bugger up everything. To get the patch you'll want to install iOS 11.3.1 or Security Update 2018-001.

It's 2018 and your Macs, iPhones can be pwned by playing evil music

Also patched in iOS was CVE-2018-4187, a UI spoofing vulnerability discovered by Tencent researcher Zhiyang Zeng and Roman Mueller. As explained by Mueller, the vulnerability actually lies in a recently-introduced QR-reading feature Apple added to iOS. Because the camera fails to properly scan and redirect URLs from QR codes, users could be sent to spoof or phishing sites.

Those two WebKit bugs will also be addressed in Safari 11.1, as the Apple web browser shares its engine- and many of the resulting vulnerabilities- with iOS. Users running El Capitan, Sierra, and High Sierra will be getting the Safari update.

No other security updates were released by Apple, so those running an Apple Watch or AppleTV won't have to look for patches right now. ®