There is no perceived IT generation gap: Young people really are thick 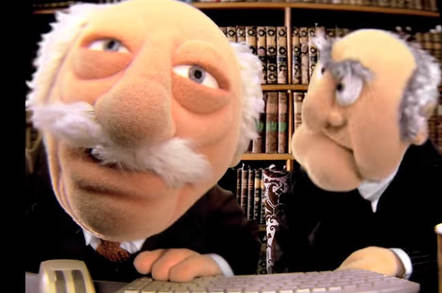 Something for the Weekend, Sir? Blank faces abound. No, not all are blank: some are horrified, revolted even. What did I say?

Security is swiftly called. The usual routine, I think, as a pair of uniformed bouncers slip unhurriedly into the open-plan office, fire doors swinging gently behind them. But no – they come to a halt several paces in front of me and wait.

The more menacing of the two raises a smartphone in my direction and takes a photo. Then follows an uncomfortable silence as he casually thumb-taps away on the screen. At first I assume he is saving my mugshot onto a corporate database of ne’er-do-wells but it’s taking too long. Ah, I realise, I’m probably on lots of these databases already and he’s now using the snapshot and AI image recognition to look me up.

His thumb stops its little dance and he raises his head, fixing me with knowing eye contact.

Outside, I retrieve my broken things scattered across the pavement. What a curious reaction to an idle comment, I ponder. All I said was, in a jovial and well-meaning manner: “You’re like that kid who put his finger in the dyke!”

Only now it dawns on me. To think that someone who has been writing a weekly column for The Reg implausibly founded on the concept of artlessly contrived double entendres should fail to realise why such a misunderstanding could so easily come about!

Let’s recap the circumstances. I have spent most of the day overseeing the progress of a job down at the printing presses – that’s right, paper, ink, all that noisy old-fashioned analogue content stuff based in RR (Real Reality) – where everything from ink ducts to plate alignment is conducted from an upright computer console adjacent to the machine. All well and good.

Now I head across the industrial estate to check out the wide-format digital printing of some exhibition panels and banners. Here, it looks and sounds less like a press site than an open-plan office, albeit one with a heady atmosphere of nose-tingling chemicals.

An engineer stands almost motionless over a nearby wide-format inkjet, one hand inside the workings of the machine, one eye fixed to a mysterious conical lens device reminiscent of Mr Spock’s visualiser thingumyjig. The only way to align the delicate printheads on these buggers, he tells me, is to winch them back and forth with an Allen key while checking their position through a microscope.

It appears that clunky plate-based printing presses these days are configured by computer while the latest in digital printing systems have to be cajoled into operation using hammers and spanners.

Ho ho, I jest, as the engineer continues to ease the Allen key deiseal and widdershins, and make an allusion to the legendary Dutch boy holding back a potentially disastrous flood threatening to break through a trickling hole in a dyke using equipment no more sophisticated than his own index finger.

And here is where I went wrong: I assumed that the average First World human would have at least a passing familiarity with the theme of this old tale. I am aghast at the foolish old duffer that I have become. First World culture isn’t literary or historical any more, granddad, didn’t you know?

Sod Hans Brinker. First World culture is about ordering extra products in order to qualify for free shipping. It’s about pressing a button on your keyfob to find out where you parked your car. It’s about disposing of laptops because they have a dead pixel.

Sitting in a café later on – double-shot Antartica flat expresso latte with Kippax-sourced coconut almond soya in a recyclable cup made from Easter Island oak pulp – I am overcome with midlife woe. My world has drifted away. The kids of my day bantered in rhyming slang and Nadsat; these days they speak StartUp and DipShit.

I mean, just look at the ad the café emailed me to entice its clients to buy a doughnut. Isn’t this the most unappetising plate of DayGlo gag-reflexing horror you’ve ever seen? 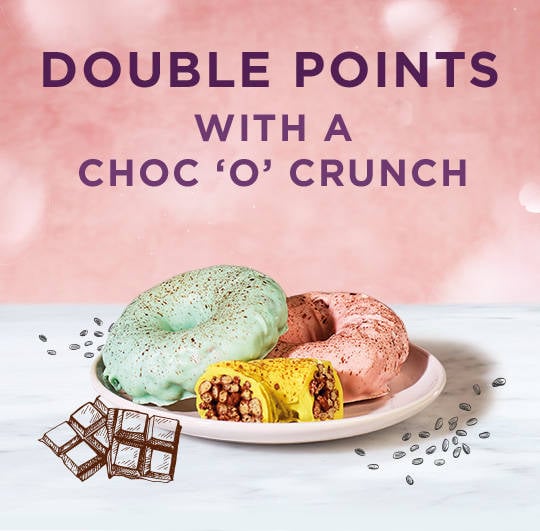 Well, it depends on your age. For anyone over the age of 40, these doughnuts look just like the crumbly bleached dog turds you’d see decorating every pavement curb corner. Yuk. For everyone else, though, such a thing is either the stuff of urban legend or simply baffling. What’s granddad ranting on about dogs for and can I have a green one, please?

It’s only as I stroll back to the train station, choking on the remnants of my coffee as I find I have inadvertently inhaled half a cup of mint-infused froth which is now making its escape via my nose, that I wonder if age has nothing to do with the definition of culture.

In fact, the whole age thing is overrated if you ask me. All my neighbours are long retired but they are completely up to date on modern culture, from AI in healthcare to Facebook’s naughtiness. OK, admittedly one of them thought Stormy Daniels was a rapping conjurer but that’s what you get when you strike up conversation in the automated till queue at Waitrose.

Anyway my suspicions are confirmed by Mme D via text when she reminds me of a conversation she had with a colleague back in the early 1990s when she briefly worked in high-tech PR. Her employer wanted press releases sent out on behalf of two of their clients – Sun software specialist Saracen and large-format printer manufacturer Roland – and she wondered out loud whether these two companies got on well together.

Saracen and Roland, you see. How amusing!

It all makes sense now. It’s not because I’m old and and they’re young, or that I’m stuck in my ways. It’s simply because most people are thick. I realise now that I’m not an old geezer worried that modern culture has left him behind. I’m just a snob. Phew! I can live with that.

And for my fellow music snobs who failed to appreciate my presentation of popular skiffle vocalist Pharrell Williams at the end of last week’s column, I make no apology and this week compound my offence by offering you a cover version of one of his finest 45rpm “pop” discs. Tacky, eh?

Alistair Dabbs is a freelance technology tart, juggling tech journalism, training and digital publishing. If you are very good, he says, he might persuade Mme D to recount her anecdote about hosting a press lunch for one of her PR clients in 1990 during which a fledgling IT journalist by the name of Danny Finkelstein (now improbably a Lord of the Realm) managed to... ah well, let’s not ruin a good story.

Something for the Weekend, Sir? Some people will believe anything

Something for the Weekend, Sir? Liability going into reverse

There's a reason why my cat doesn't need two-factor authentication

Something for the Weekend, Sir? A rinky tinky tinky

Something for the Weekend, Sir? Feel the full weight of Jerusalem, base cur!

In defence of online ads: The 'net ain't free and you ain't paying

Something for the Weekend, Sir? Selling England by the pound