Because 10.13.4 is seemingly unstable and performing poorly 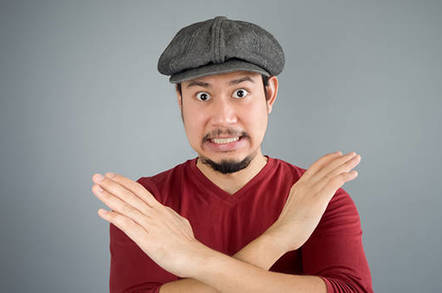 An increasing number of Mac loyalists are complaining that the latest desktop operating system update from Apple is killing their computers.

The 10.13.4 update for macOS High Sierra is recommended for all users, and was emitted at the end of March promising to "improve stability, performance, and security of your Mac."

But geek support sites have started filling up with people complaining that it had the opposite effect: killing their computer with messages that "the macOS installation couldn't be completed."

The initial install appears to be working fine, but when users go to shutdown or reboot an upgraded system, it goes into recovery mode.

According to numerous reports, there doesn't appear to be anything wrong with users' Macs – internal drives report that they're fine. And the issue is affecting a range of different Apple-branded computers from different years.

Some have been successful in getting 10.13.4 to install by launching from Safe Mode, but others haven’t and are deciding to roll back and stick with 10.13.3 until Apple puts out a new update that will fix whatever the issue is while claiming it has nothing to do with it.

The point is – as it always is – take backups before you install the update. Any update. Ever.

Apple of course is saying nothing – because, as everyone knows, Apple never gets anything wrong.

It's not clear what is causing the problem but one significant change in the update is an effort to identify 32-bit apps on a user's hard drive and warn them, when they open the application, that they will need to update it to a 64-bit version soon if they want it to keep working.

Or, if there is no update, delete it. Like Apple has already done with apps on iOS. Although there is no official 32-bit support cutoff date for macOS.

We could be wrong of course – there are a range of changes in the update that Apple lists online (with a longer version here).

That said, Apple has a tendency not to tell people what it really does with an update – like when it secretly caused all iOS devices to upgrade to Apple's new APFS (Apple File System), check it, and then roll back to the HFS+ system. ®