Nothing can be said to be certain, except death, taxes and Auntie's Capita deals 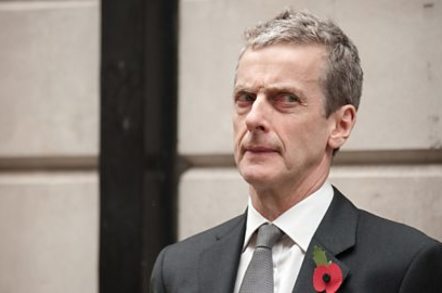 Capita's fortunes of late may be in general decline but the UK's much loved IT outsourcing biz can always rely on the British Broadcasting Corporation – propped up by license fee payers – to dish out cheques.

Under the latest deal, Auntie has inked a seven-year extension for Audience Services (AS), which includes Capita answering enquiries from the public on the quality of TV programmes.

A BBC spokeswoman said the latest award was between £30m-£35m, but would not disclose the total amount of cash it had paid Capita for AS since 1999 when the company first took over the corporation’s Information Service.

Capita has also been collecting license fees on behalf of the broadcasting house: the first agreement was signed in 2002 for £500m, and was renewed in 2012 for eight years at a cost of £560m. In December 2016 it was renewed once again until June 2022 for an undisclosed sum.

However, the Public Accounts Committee has criticised the contract for its failure to reduce evasion levels or replace legacy ICT.

The contract signage with the BBC will be a fillip to Capita, which has suffered from growing pains: a problem that came to a head in 2016 when the London Stock Exchange-listed outsourcer reported its first ever profit warning.

Since then Capita has gone through two chief execs, made hundreds of people redundant, sold off ailing or non-core businesses, removed a layer of middle management and lost some high-profile contracts.

Earlier this year, it issued another profit warning, which immediately wiped £1bn off its market capitalisation. Shares at the outsourcing giant are now down 70 per cent on last year.

The company was due to report 2017 financial results but delayed the filing until next week. El Reg will be sure to go over them with a fine-toothed comb and let you know how the turnaround is faring.

Capita has an extensive footprint in the public sector, with some organisations such as Barnet Council having put contingency plans in place to examine how it would handle the fallout should Capita fail.

"The BBC is one of Capita's longest-standing clients. We are delighted to be awarded this contract, as it is a testament to the strength of our partnership. We have worked closely over the last 19 years to deliver new services to the audience."

Succour indeed, during these bleak times. ®