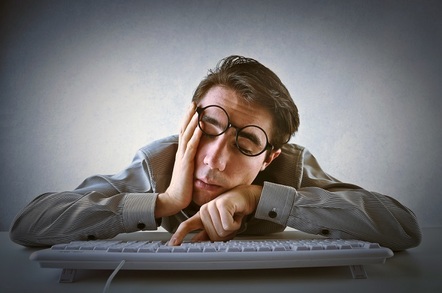 There was a minor disturbance in the accountancy software market today: accountants even looked up from their books as Sage admitted sales were more sloppy than expected at the half-way stage of its fiscal ’18.

In a trading update that initially sent the share price tumbling 17 per cent - down 10 per cent at the time of writing - Sage confirmed organic revenue was up 6.3 per cent in the second half of the year, the same as the first.

This was due to “inconsistent operational execution” in Northern Europe, Africa and the Middle East, and means Sage failed to pick up the sales pace in its Q2, as it had previously forecast it would do in Q1.

Sage said two factors caused this smaller-than-expected haul: a “decline in recurring revenue growth to 6.4 per cent" (versus 11.1 per cent a year ago), and some customers delaying contract signage.

Software subscription growth was 25.3 per cent, slower than management guidance and lower than the 30.6 per cent reported in the prior year period. Software and related services grew 7.1 per cent, overturning the 7.3 per cent decline in H1 2017.

Sage said of delays to fresh licence agreements with customers: “Growth in enterprise [was] lower than management expectations due to slippages in some enterprise license contracts in the US and Africa Middle East: much of this slippage is expected to be recovered in H2.”

The UK was not singled out for special mention, either negative nor positive.

For the year that ends September, Sage has pulled down earlier forecasts for organic growth from 8 per cent to 7 per cent. Group operating margin remained in line with the earlier estimates of 24.5 per cent. ®