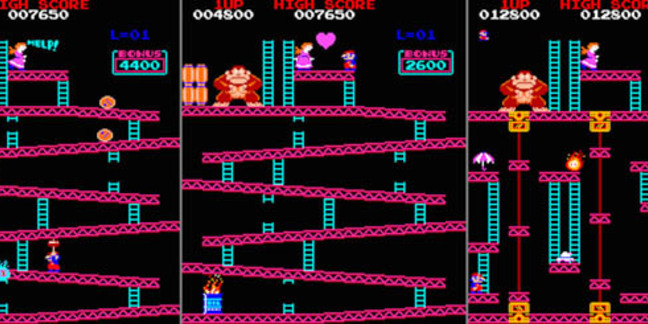 List maintainers Twin Galaxies announced on Thursday they will remove all of Mitchell's high scores from their books, including his once-world-beating three million-point Donkey Kong scores, and will ban him from future inclusion.

Mitchell, best known for appearing in the 2007 documentary King of Kong: A Fistful of Quarters, was accused of recording his high scores on modified hardware, possibly with the assistance of Multiple Arcade Machine Emulator (MAME) software. The video below shows evidence of Mitchell using MAME rather than real hardware.

It boils down to this: arcade game records are a strictly regulated affair. Because of the quirks and limitations of machines of the era, high scores can vary by generation and platform.

When it comes down to the minute differences that separate ultra-high scores, those small differences become deciding factors and something as seemingly minor as an emulator running the game's code slightly faster than the original can be a significant advantage and (thanks to things like screen captures and video editing) can allow for outright falsification in the worst case.

As a result, Twin Galaxies has two sets of tables: one set recognizes scores on machines with the game's original printed circuit boards and electronics – and the other set lists scores from emulators.

Mitchell, it seems, did not use an original machine to set the high scores he had submitted for the original hardware rankings. Observers noted subtle differences in the way graphics were rendered on his video-taped gameplay sessions when compared to screens captured by other players from original hardware. Transitions between levels, and similar display updates, did not match what you'd expect to see from the original Donkey Kong machines, but they were rather consistent with the way an emulator would run the game.

This led Twin Galaxies, which is partnered with Guinness World Records, to conclude that there was enough evidence Mitchell's scores were not set on original hardware but rather were pulled from MAME gameplay.

"From a Twin Galaxies viewpoint, the only important thing to know is whether or not the score performances are from an unmodified original DK arcade PCB as per the competitive rules," the group said in its official decision.

"We now believe that they are not from an original unmodified DK arcade PCB, and so our investigation of the tape content ends with that conclusion and assertion."

One beneficiary of Mitchell's expulsion from Twin Galaxies is fellow "King of Kong" star Steve Wiebe, who will now officially be recognized as the first person to achieve a score of 1,000,000 points on Donkey Kong.

Both Wiebe and Mitchell had since been surpassed, with current record holder Robbie Lakeman having turned in a verified score of 1,247,700 in February of 2018.

Mitchell, who still holds the Guinness world record for the first perfect Pac-Man score, could not be reached for immediate comment. ®

Other fun places also get to let people in again, just don't read the economic data before you go because that's no fun at all