Resident: 'We can see those potholes coming now' 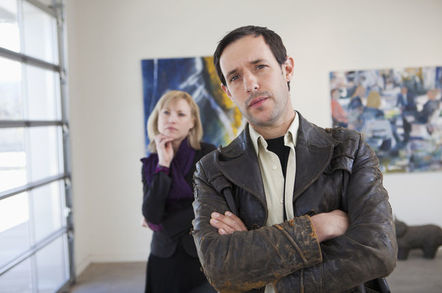 A Cambridge-based protester has been heralded for daubing penises around potholes - the latest in a rising trend of phallic crater painters.

On the Facebook page created in the prankster's honour, one local described the hazardous cavities as "an absolute disgrace".

She said: "I put an official complaint in at least 3 months ago and I’m not even a resident. There must be several others [who] raised concerns. Still no response from anyone. A total waste of my time."

Another resident, Sarah Hobbs, commented to Cambridge News: "We can see those potholes coming now."

Liliana Leverington said: "Good work to that person. I have never seen so many in Cambridge as I have recently. Had to have a new spring fitted on my car recently because of the potholes. Queen Edith's Way and Cherry Hinton Road are my regular route and they are very deep."

Pothole penis protests have aroused the interest of residents in other regions, before expanding into Cambridge.

Surrey has its own "Cock Lane Crusader" - who sprayed penis images around the county's potholes.

The campaigner got his name when one Surrey street was named the rudest in Britain, after a semi at 69 Cock Lane was put up for sale.

In 2015, a Manchester "artist" successfully got the council to fill in the craters, with many being filled in within 48 hours of the work first appearing.

However, the authorities were less than impressed. A spokesman from Bury council said:

“Has this person, for just one second, considered how families with young children must feel when they are confronted with these obscene symbols as they walk to school? Not only is this vandalism, but it’s also counter-productive.

In some of UK's worst flood-hit areas