Skype for Business has nasty habit of closing down… for business

It's not just you, VoIP app is prone to failures 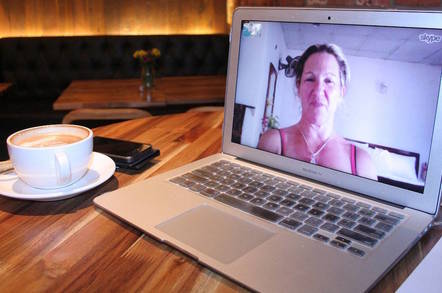 Microsoft has confirmed that some versions of its Skype for Business app are prone to crashes, and the issue won't be easy to resolve.

The Redmond software outfit says that it has heard from users who say the 32-bit version of Skype tends to crash when run for an extended amount of time or when sharing screens, and it has narrowed down the cause to simple math.

Specifically, the memory limitations of 32-bit Windows don't work very well with Skype's healthy appetite for memory. The app tends to chew up more memory space than the 32-bit version of Windows (limited to 4GB of total memory and 2GB per app) is able to allocate.

According to Microsoft engineer Kenn Guilstorf today, when multiple windows are open in Skype, particularly with high resolution monitors, that 2GB of RAM can be used up quickly and will lead to a crash.

"When Skype for Business 2015 or 2016 is used for application sharing, it needs to be aware of every pixel on every monitor because the end-user can move the window for the shared application to any monitor at any time," Guilstorf explains.

Because the problem is due to the 32-bit architecture, fixes aren't going to be easy to come by. The most practical solution is to upgrade the machine to a 64-bit version of Windows, which is capable of using larger amounts of memory. In the case of this bug, crashes tend to happen on PCs powering high def (2k/4k/UHD) monitors that should already be capable of running 64-bit versions of Windows.

For those that (for one reason or another) can't migrate to a 64-bit version of Windows, Guilstorf recommends switching modes from application sharing to desktop sharing in order to reduce Skype's footprint.

"Desktop sharing basically bifurcates the display device stream which requires a much smaller buffer and shouldn’t cause as many memory restriction issues," Guilstorf explains.

Meanwhile, Microsoft would love you to migrate to Teams. ®