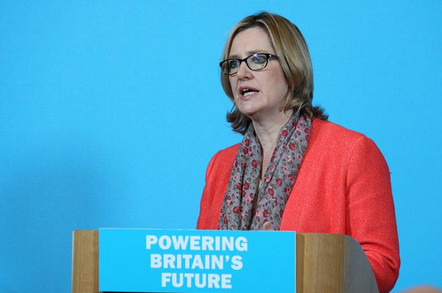 Britain's Home Secretary Amber Rudd has launched a crackdown on criminals who exploit the dark web.

As part of a £9m fund, law enforcement’s response will be ramped up to tackle those who use the darker recesses of the web for illegal activities, such as the selling of firearms, drugs, malware and people.

More than £5m will also be used to support the police to establish dedicated cybercrime units at a regional and local level. Currently only a third (30 per cent) of local police forces have an online capability that reaches the minimum standard.

The funding is part of £50m of newly allocated money to help police and prosecutors have to tackle cybercrime at a national, regional and local level during 2018/2019.

"We will be giving over £9m to enhance the UK’s specialist law enforcement response," she told delegates. “They will use this money to help combat the criminals who continually exploit the anonymity of the Dark Web.”

A proportion of the £50m will be used to develop a new national training programme for police and the wider criminal justice system, sponsored by the National Police Chiefs Council. This will equip cops with the tools to properly investigate and prosecute cases of cyber crime, including those relating to the dark web.

According to the Home Office, funding will also be used to:

Computer and smartphone forensics form a part of most every police investigation and private sector firms tell El Reg there is always a backlog of cases. It's not immediately clear how the extra money will be ring fenced so that large parts of it don't go towards servicing this growing bill.

The Cyber Aware campaign, a cross-Government initiative, will also receive a further £3m of funding for 2018/2019 to educate the public and businesses with advice on how to protect themselves from cybercrime.

Cybercrime is an international problem and one of the UK government's main international partners is Europol. El Reg asked the Home Secretary what the government was doing to ensure continuity of co-operation and the exchange of information post Brexit.

"Being able to share data across boundaries is incredibly important in fighting cybercrime and other crime," Rudd said, adding that the UK government wants to ensure continuity of co-operation. ®