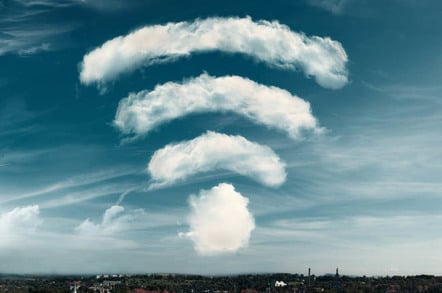 Google looks set to expand its horizon according to reports that claim the ad giant is in talks to buy Nokia's airplane broadband biz.

Nokia's tech could provide Google with a faster alternative to existing in-flight Wi-Fi. The LTE A2G cellular-based system is intended to forge a direct link between the aircraft and the ground, eliminating the delay hop to a satellite.

A potential deal is now at an "advanced stage" and an agreement might be announced soon, insiders told Bloomberg.

The sale could see Google go head to head with the main US in-flight internet service provider Gogo Inc.

Nokia has worked to develop the tech for five years via its Bell Labs division. Reports last year suggested it was almost "ready for take-off".

Operators have been clamouring to introduce Wi-Fi on planes in recent months. London-based satellite biz Inmarsat has a purpose-built system for in-flight communications, the European Aviation Network (EAN), due to go live in June.

Californian rival Viasat, which already provides Wi-Fi services to US airlines, has threatened legal action against UK regulator Ofcom for allowing Inmarsat to operate the EAN.

ViaSat is forming a €68m (£60m) public-private partnership with the European Space Agency (ESA), which among other things is intended to fund ground stations for home broadband speeds of 100Mbps.

Google had planned to break into the fixed-line broadband market in the US, but scaled back the expansion of its fibre network due to the expense.