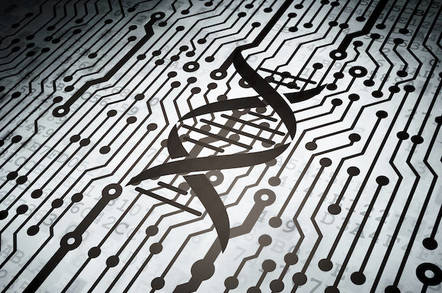 Thirteen European countries have agreed to link up genomic databases in a bid to give boffins access to a research cohort of more than one million genomes by 2022.

The declaration commits the signatories - including the UK, Finland, Estonia and Spain - to work together to ensure secure cross-border access to genomic and other health data in the European Union.

The idea is to help speed up data-driven healthcare solutions through “a concerted effort to overcome data silos, lack of interoperability and fragmentation of initiatives across the EU”.

Genomic information is crucial for better understanding of diseases, as well as for creating targeted treatments. Having access to a larger and wider dataset should allow researchers to more easily identify and develop treatments for rare diseases, and help figure out if drugs will work better on certain groups of people.

Many countries are investing heavily in genome sequencing, along with biobanks and data infrastructure, but both the infrastructure and expertise are fragmented. The aim of the declaration is to speed things up by bringing those resources together.

The countries have set a goal of creating a research cohort of more than one million genomes and related health data, as well as “pooling analytical capabilities”.

The declaration has emphasised that such cross-border data flows need to happen in a “lawful, secure, appropriate and specific way” that complies with the incoming General Data Protection Regulation and protects the privacy of donors.

It stated the group will define a governance model of cooperation - particularly on the terms and conditions for distributed access to genomic data across borders - and develop a “coordinated data governance framework” to facilitate Europe-wide large-scale processing of health info.

They will also develop a secure infrastructure for data sharing or analysis and promote the use of open standards and data management systems so they are interoperable.

However, the elephant in the room is Brexit, which neither the declaration nor the accompanying statement mentioned.

The UK’s 100,000 Genomes Project - which reached its halfway point earlier this year - is highly regarded and widely seen as being a leader in the field of genomic data, and so ensuring continued data flows could prove crucial for this project.

There has been already much debate about how the UK can continue to ensure access to datasets and cross-border data flows - deemed crucial for business and national security activities - once it leaves the bloc.

The UK has consistently said it wants to gain an adequacy-plus decision from the EU, but because it will take the country’s other data retention and surveillance measures into consideration, it is far from a done deal. ®