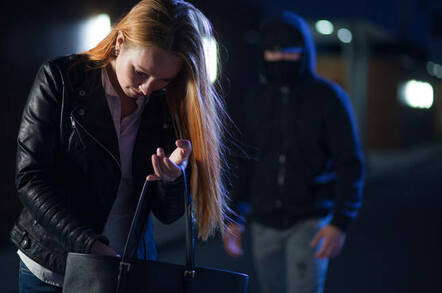 A US bloke accused of cyberstalking and harassing his former housemates has been hit with two dozen more criminal charges.

When last we heard of Lin, it was following his October 2017 arrest by police who had managed to track him down with the help of his VPN provider. At the time, Lin faced just one charge of cyberstalking.

On Monday, things got much worse for Lin as the Feds laid out a litany [PDF] of charges and provided the nauseating details of what they say was his years-long campaign of harassment against two women he had shared a house with from 2015 to 2017.

Among the more disgusting of the alleged activities was Lin hacking the personal diary of his 24 year-old housemate and then sharing the more personal contents with her friends and family, including personal photographs and video clips as well as her medical and mental health history. Lin is said to have used this information to send spoofed text messages harassing the woman and, on multiple occasions, ordering her to kill herself.

The stolen videos and pictures were then allegedly combined with other images Lin collected of different women and used to create a "collage" that was sent to the victim's family members, friends, employers, schools, and businesses she frequented.

Lin also placed personal ads in the woman's name inviting strangers to participate in forced sex fantasy roleplaying and used anonymous email addresses and text messages to send the woman's mother and co-workers child abuse images. He would use similar tactics to harass a second woman living in the house.

On top of the cyberstalking and child pornography distribution, Lin stands accused of accessing the women's bank accounts and tax records and making a number of hoax bomb and school shooting threats in both women's names.

Authorities say Lin was able to mask the horrific activities by using anonymized mail and text services, as well as masking his connection through the use of Tor and the PureVPN service. It was the latter biz that the FBI used to catch Lin, contacting PureVPN and getting the service to trace connections he used to specific IP addresses.

Originally facing three to five years on just the cyberstalking charge, Lin now finds himself confronted with potentially facing decades behind bars thanks to the 24 new felony counts. ®