You. FCC. Get out there and do something about these mystery bogus cell towers, huff bigwigs

It's the Ruskies! Or maybe the FBI! Stingray secrecy rebounds 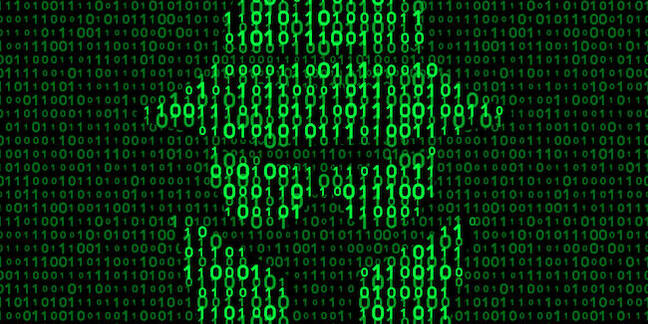 Senior Congressmen have demanded "immediate action" over mysterious fake cell phone towers in Washington DC that they worry could be being operated by foreign governments.

House Reps Frank Pallone (D-NJ), Eliot Engel (D-NY) and Bennie Thompson (D-MS) this month sent a letter to Ajit Pai – the head of America's comms watchdog, the FCC – asking him to "address the prevalence of what could be hostile, foreign cell-site simulators, or Stingrays, surveilling Americans in the nation’s Capital."

The letter [PDF] cites news articles about the bogus phone towers as justification for the call to action, but those reports of "anomalous activity in the National Capital that appears to be consistent with International Mobile Subscriber Identity (IMSI) catchers" actually emerged in a letter from the US Department of Homeland Security to Senator Ron Wyden (D-OR).

Wyden had asked the DHS if it had any evidence of foreign IMSI catchers – capable of snooping on nearby mobile phones – operating in the Washington DC area back in November. The DHS responded last month, providing limited information, and its response was made public this month.

"If these reports are true, it marks an incredible security vulnerability in the seat of the Federal government," the congresscritters rail.

"Critical federal agencies including those involved in national defense and intelligence operate in the Washington DC area, and these cell-site simulators could be surreptitiously intercepting the sensitive data of federal government employees at these agencies."

The letter correctly notes that the FCC "has the ability to take action to protect Americans from this type of foreign government surveillance" and it notes – albeit in a disparaging fashion – that the federal regulator created a task force to "develop concrete solutions to protect the cellular network systemically from similar unlawful intrusions and interceptions."

But it notes that no action has been taken and asks the FCC to properly investigate what is going on.

Of course what the letter chooses to ignore is what everyone already knows: that law enforcement and spy agencies are constantly using fake cell sites to track and listen in on people.

Details over the most common piece of equipment used to set up fake cell sites – Harris Corporation's Stingray – have been fiercely protected for years, with local law enforcement and even the FBI repeatedly dropping criminal cases rather than provides details of their use.

Cell-site simulators basically function like cellphone towers. As people move around, their phones automatically connect to them but the personal information shared that would normally be seen only by phone companies – who are under a variety of laws over what they are allowed to do with that information – is instead sucked up and stored by the simulator.

Their use has become increasingly widespread, sparking numerous legal challenges. A New York judge recently decided that a warrant was necessary before one could be used – but that is not the case in most of the United States. Which may explain why law enforcement spent $100m on the technology between 2010 and 2014.

The level of secrecy may have backfired however, with foreign governments correctly noting that they could run their own fake cell sites with limited risk of exposure because no one formally keeps track of their deployment by US law enforcement and the FCC continues to turn a blind eye to their usage over national security interests.

It's also worth noting that this isn’t even the first time that Congressmen have asked the FCC to look into the issue. Just before Donald Trump took over as president, a range of senior Democrats wrote a similar letter to then FCC head Tom Wheeler asking him to dig into how usage of Stingray-like equipment might impact "communities of color" disproportionately.

"While we appreciate law enforcement's need to locate and track dangerous suspects, the use of Stingray devices should not come at the expense of innocent Americans' privacy and safety," read the letter, "nor should law enforcement's use of the devices disrupt ordinary consumers' ability to communicate."

As with the long list of spying programs that everyone knows exist but the authorities go to great lengths to pretend don't, or provide misleading information about when denial is no longer an option, the use of Stingray-like kit fits firmly in the gray zone where everyone decides to turn a blind eye.

Whether the reports that foreign governments have taken advantage of this peculiar state of affairs is sufficient to force it into the spotlight, we will have to wait and see. ®